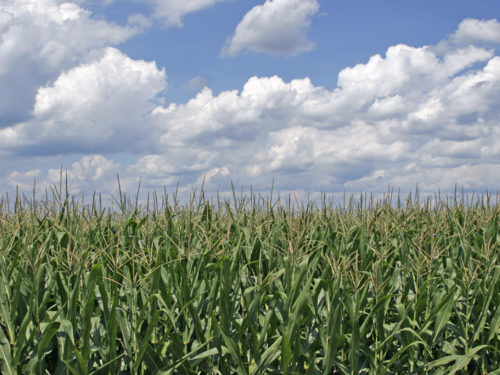 U.S. fossil refiners were not at all amused last week after the Environmental Protection Agency (EPA) issued a regulation that will require them to marginally increase the volume of ethanol fuel they blend into the country’s gasoline and diesel next year.

“The announcement follows weeks of lobbying by Midwestern lawmakers and representatives of the corn industry who wanted the agency to reject recent proposals from the oil industry to water down the U.S. biofuels mandates,” Reuters reports. The country’s Renewable Fuels Standard (RFS), “introduced more than a decade ago by then-president George W. Bush, has been a boon to the corn belt but has upset the oil industry, which sees biofuels as competition and which has been burdened with the costly responsibility of blending.”

“Maintaining the renewable fuel standard at current levels ensures stability in the marketplace and follows through with my commitment to meet the statutory deadlines and lead the Agency by upholding the rule of law,” said EPA Administrator Scott Pruitt.

Chet Thompson, president and CEO of American Fuel & Petrochemical Manufacturers, accused Pruitt of “bowing the knee to King Corn,” after the EPA initially opened the possibility of a lower quota. “We think this action is bad for U.S. manufacturing and American consumers,” Thompson said.

Frank Macchiarola, downstream group director with the American Petroleum Institute (API), called the RFS a solution in search of a problem and called for “comprehensive reform” of what he characterized as a “broken” program. “Since the RFS was instituted more than a decade ago, the U.S. has greatly reduced its dependence on crude oil imports,” he said. “So this program is trying to solve a problem that no longer exists, while creating real problems for consumers.”

Renewable Fuels Association President and CEO Bob Dinneen was pleased enough with the final decision, but said the EPA could have gone farther. “Maintaining the 15-billion-gallon conventional biofuel requirement will accelerate investments in the infrastructure necessary to distribute mid-level ethanol blends like E15 and E30, and flex fuels like E85,” he said. But “the biofuels industry will rise or fall together, and thus we are disappointed the final rule is not more aggressive with regard to other advanced biofuels such as biodiesel.”

The National Biodiesel Board called the announcement “a missed opportunity”, with COO Doug Whitehead stating that Pruitt “disappointed the biodiesel industry for failing to respond to our repeated calls for growth.” He added that “these flat volumes will harm Americans across several job-creating sectors—be they farmers, grease collectors, crushers, biodiesel producers, or truckers—as well as consumers.”

As one indicator of where Big Corn found the political support to fight Big Oil to a draw, biofuels enthusiast Sen. Charles Grassley (R-IA) said he would have liked to see a higher biodiesel mandate for 2019. “The EPA’s announced renewable volume obligations fall short of the full potential of the U.S. biofuels industry,” he said.

Rees Cites Biodiversity Loss as ‘Sleeper Issue of the Century’