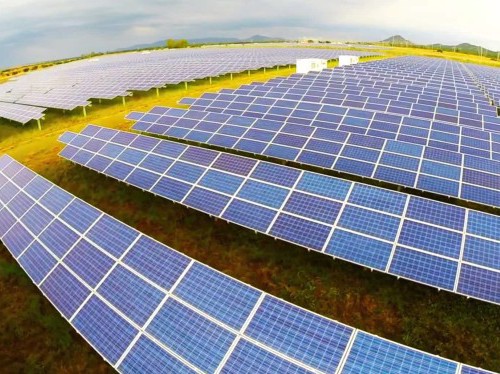 New solar capacity in developing countries jumped to 34 gigawatts in 2016, a 55% increase from the previous year’s 22 GW, according to a Bloomberg New Energy Finance report that shows the countries’ cumulative solar capacity more than tripling in three years.

“The figures from the Climatescope report are for 71 emerging market countries, which account for 32.5% of global GDP and 72.4% of global population,” Renewables Now reports. “The rise of solar is driven by low-priced equipment and new applications such as micro-grids, pay-as-you-go systems, and water pumps, among other factors.”

China was by far the leader among the countries in the study, with 27 GW in a single year. India came in a distant second, with 4.2 GW. Brazil, Chile, Jordan, Mexico, Pakistan, and nine other countries all at least doubled their installed capacity within the year.

As one measure of the falling cost of solar technology, the countries recorded a sharp increase in capacity despite a 26.5% reduction in new clean energy investment, to US$111.4 billion. Three-quarters of that loss occurred in China, but investment from OECD countries was also down by 25%.