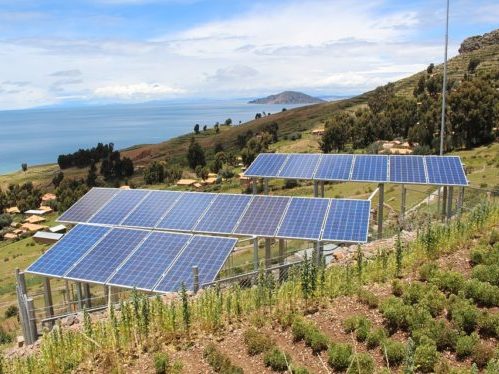 A simple idea could solve at least one aspect of the persistent conflict between dedicating land to solar farms or the real kind that produce food—a particular problem in densely-populated countries like Germany.

Researchers at the Fraunhofer Institute for Solar Energy Systems have come up with an alternative to the binary choice between growing crops on a plot of land or covering it with solar photovoltaic panels, CleanTechnica reports. They simply elevate the panels “high enough to allow the crops planted below to receive almost as much sunshine as they would if the panels were not there, and to permit farm machinery to operate beneath them.”

Ground-mounted panels eliminate any farm production, and farming a patch of land generally prohibits the installation of ground-mounted solar arrays, the researchers observed. But panels mounted well above the ground produced as much electricity as ground-based equivalents (actually slightly more on the test plot than the German average), while crops grown below them yielded 80% to 95% as much as uncovered reference fields. Clover did best under the PV array. Yields for potatoes and wheat dropped 19%.

Overall, “after a year of trials,” CleanTechnica reports, “the dual-use system increased the total productivity of the land by 60%.”

The Fraunhofer researchers have dubbed their technique “agrophotovoltaics”. Solar institute director Hans-Martin Henning said it “has the potential to open up new space that is urgently needed for PV expansion,” while mitigating “the conflicting interests between agriculture and PV systems for viable land.”

The technique doesn’t directly address the high-profile tension over farmland used for biofuels instead of food. Nonetheless Iris Lewandowski, who studies energy crops at the University of Hohenheim, observed that “from the perspective of agricultural science, agrophotovoltaics is a promising solution for increasing both the land use efficiency and the share of renewable energy provided by the agricultural sector.” 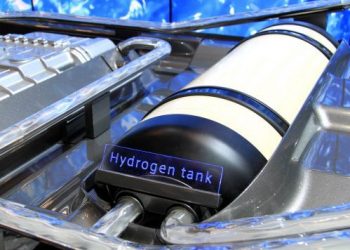