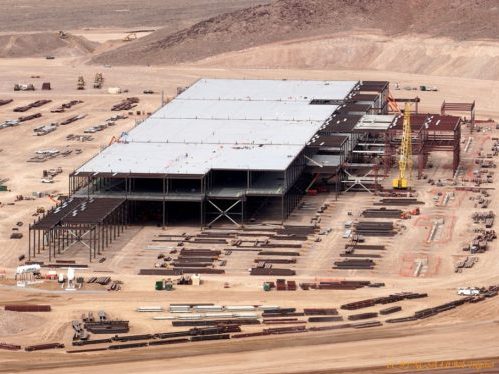 High-flying Tesla CEO Elon Musk’s penchant for big promises is getting in the way of his company’s bread-and-butter delivery of batteries to its downstream storage developer customers, causing serious headaches in the fledgling industry, Greentech Media reports.

“While pursuing high-profile projects like the 100-megawatt battery for South Australia’s grid and a microgrid for a hospital in hurricane-damaged Puerto Rico,” the industry news outlet writes, “Tesla has struggled to maintain steady and timely deliveries to behind-the-meter installers who count on the sought-after Powerwall and Powerpack batteries.”

Tesla has acknowledged that output from its battery gigafactory hasn’t ramped up as fast as expected, among other things delaying its promised delivery of Model 3 electric cars. The company even resorted to using a competitor’s battery cells for its South Australia storage project, rather than its own supply.

But the effect is also being felt beyond the company. Third-party “developers and installers interviewed for [GTM’s] story reported Tesla delivering batteries months behind schedule,” the outlet reports, disrupting their ability to keep their own commitments to clients and threatening their businesses.

As one behind-the-meter installer who had waited weeks for Tesla products complained, “the longer it takes me to develop a project, the less money I make.”

The litany of delays may be draining goodwill for Musk’s brand, GTM suggests.

“How much can I argue about my commercial deal, when they’re putting [batteries] in a hospital in Puerto Rico?” one frustrated battery buyer mused. “On a psychic or karmic level, I’m totally aligned with them. But on an economic level, it definitely impacted me.”

Tesla’s stock has been drifting down since hitting a peak of US$383.45 in June. It traded yesterday at around $318 a share.