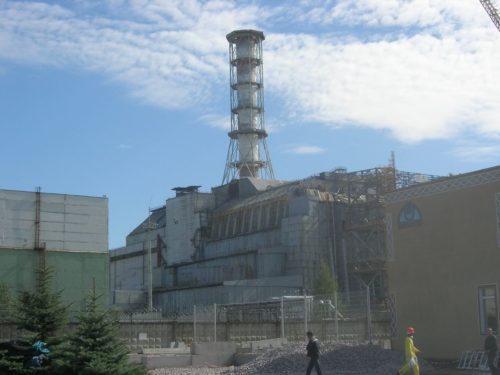 Electric power is about to flow from the site of the Chernobyl nuclear generating station for the first time in three decades, Bloomberg reports. But it will come from solar arrays, not the site’s crippled reactor.

Next month, Ukrainian engineering firm Rodina Energy Group Ltd., and Enerparc AG, a German clean energy company, will commission the first megawatt of solar photovoltaic capacity built on the site of a 1986 reactor meltdown that was the nuclear industry’s worst-ever accident to that date.

The €1-million project is the start of what the developers hope will eventually become a €100-million investment and much greater capacity. “Bit by bit, we want to optimize the Chernobyl zone,” Rodina CEO Evgeny Variagin told Bloomberg.

The nuclear accident site is not as lethal as its reputation suggests, he added, and “shouldn’t be a black hole in the middle of Ukraine. Our project is 100 metres from the reactor.”

The development advances a goal announced by Ukraine’s minister of ecology last year to revitalize the land around the nuclear accident site.

“Long-lasting radiation makes farming and forestry too dangerous,” Bloomberg notes, “so renewable energy is seen as something productive to do with the empty area.” It helps that transmission lines to the country’s major cities—installed when the nuclear plant was built—remain in place.

Other companies may follow Rodina and Enerparc’s lead, the outlet reports. France’s Engie SA, is conducting a pre-feasibility test for a gigawatt-scale project, and at least two Chinese companies have expressed interested in building around the defunct reactor, now encased in a concrete tomb.

Lots of Venting, But No Coal Revival, In Sole Hearing on U.S. Climate Plan Repeal