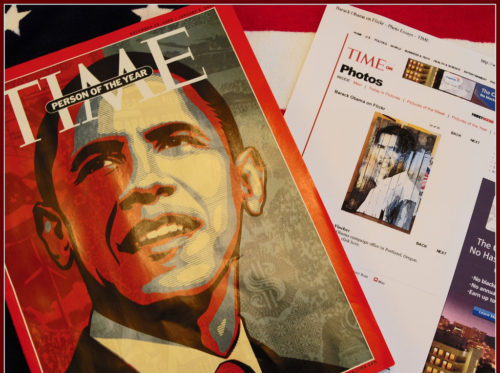 The fossil-fuelled Koch brothers are tightening their grip on public conversation in the United States by helping an intermediary acquire Time magazine as part of a US$1.84-billion deal.

Reuters describes the purchase as “a coup” for Des Moines, Iowa-based, Meredith Corporation, which already publishes Better Homes & Gardens and Family Circle and has been trying to acquire New York City-based Time’s publishing assets since 2013. In addition to the iconic weekly newsmagazine, Meredith will get People, Sports Illustrated, and Fortune, among other titles.

“When combined,” Reuters writes, “the Meredith and Time brands will have a readership of 135 million people and paid circulation of nearly 60 million. The deal also will expand Meredith’s reach with Internet-savvy millennials, creating a digital media business with 170 million monthly unique visitors in the United States.”

Charles and David Koch have spent millions to influence the United States’ political conversation and legislation. They “previously expressed interest in buying media properties such as the Los Angeles Times and the Chicago Tribune,” Reuters notes. Koch Equity and Meredith “said the Koch unit will not have a seat on Meredith’s board and will have no influence on Meredith’s editorial or managerial operations,” the news agency reports.

According to the New York Times, Koch spokesperson Steve Lombardo cast the transaction as “a passive financial investment made through our equity development arm.” The Koch brothers themselves “had no plans to take an active role in the expanded company,” the paper wrote, citing Lombardo. “The company’s role in the transaction, [Lombardo] said, was similar to that of a bank.”

Few in the climate movement were persuaded by the denial. “It’s a cheap way to wield even more political influence,” 350.org founder Bill McKibben told the Guardian. “The return on investment on their political work is off the charts, I fear.”

Former Time science editor Charles Alexander said he was worried by the Koch brothers’ “systematic denial of the science underlying climate change,” which he believed “presaged a larger skepticism of science and facts in general.”

Scott Peterson, speaking for media watchdog Checks and Balances Project, also warned against being misled by the brothers’ apparently arms-length acquisition. The Kochs, Peterson told the Guardian, don’t give money to any group without strings attached. “I would find it kind of surprising if the Kochs simply made a quiet investment and then went on their way and watched their stock,” he said.

“The only way they can convince the public not to worry their heads about climate change and to forget about regulating the fossil fuel industry,” added the Center for Media and Democracy’s Mary Bottari, “is to create their own media megaphone.”

That megaphone may not be a cheerleader for Donald Trump (recently embroiled in a Twitter war with Time over whether he was—or was not—“probably” going to be named its Person of the Year).

Rather, the Guardian notes, the Kochs have directed more “traceable” money to U.S. Vice President Mike Pence—the man who would become president if Trump were removed—than to any other candidate. Pence “did the Kochs a valuable political favour in the spring of 2009,” when he helped to kill a carbon cap-and-trade initiative in the U.S. Congress.