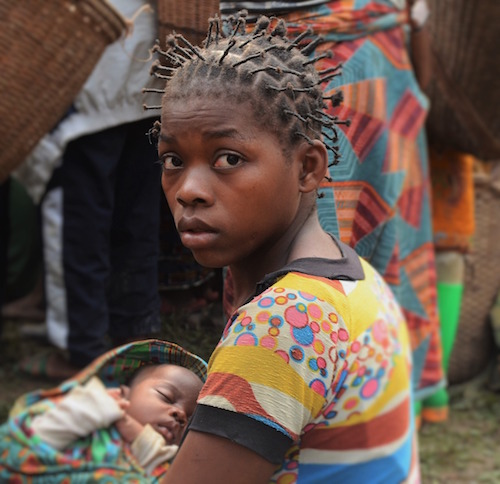 A surge in child brides is the latest climate change impact in parts of the world where the effects of a warming climate have been to shatter already precarious livelihoods, leaving families no choice but to shed children—with girls the first to go.

Citing reporting by the European Journalism Centre, the Guardian’s Gethin Chamberlain reports in evocative images and text that “for more and more girls across Africa, the most palpable manifestation of climate change is the baby in their arms as they sit watching their friends walk to school.”

In villages from Malawi to Mozambique, child brides and their parents told reporters the same story.

“In recent years, they had noticed temperatures rising, the rains becoming less predictable and coming later, and sometimes flooding where there had not been flooding before. Families that would once have been able to afford to feed and educate several children reported that they now faced an impossible situation,” Chamberlain writes.

“Where they used to be able to pay for their girls to go through school, now they couldn’t. And the only solution was for one or more daughters to get married.”

Unicef warned in 2015 that on current trends, the number of child brides in Africa could more than double to 310 million by 2050.