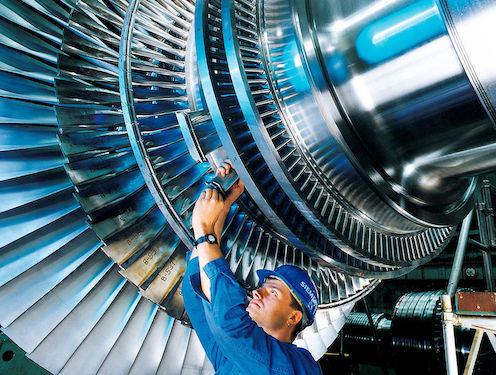 Conventional power generation manufacturing was the big loser last week when mammoth German conglomerate Siemens AG announced it was cutting nearly 7,000 jobs, 2% of its global work force, with one board member telling reporters that “the market is burning to the ground”.

“Nearly all of the layoffs will come from its power and gas division, reducing labour on its power plant turbine business,” Greentech Media reports. “The decision from Siemens is just the latest in a line of corporate come-to-Jesus moments on renewables, where a company, somewhat belatedly, recognizes the renewable energy transition isn’t slowing and must make a sharp pivot to keep up.”

Rigzone reports that 6,100 of the 7,000 job cuts are in the turbine division. “With their innovative strength and rapidly expanding generation capacity, renewables are putting other forms of power generation under increasing pressure,” said managing board member Lisa Davis. “Our plan is to execute these changes in a fast and prudent manner while also investing in future-oriented technologies.”

Greentech notes that “similar struggles have befallen companies such as General Electric, which also just announced a restructuring that will focus more on renewables, and Westinghouse Electric Company, whose bankruptcy has upended what little remained of the large-scale U.S. nuclear industry.” Incoming GE CEO John Flannery has declared 2018 a “reset year”, after halving the company’s dividend to investors and announcing what Fox Business calls a “sweeping restructuring to make its businesses leaner and more focused”.

While gas turbine manufacturers like Siemens and GE have capacity to produce 400 units per year with output of 100 megawatts or more, global demand now stands at about 110—and orders to the Siemens power and gas division have fallen 31% in the last year, Greentech notes. “Now that demand is decreasing, neither company wants to be left holding the bag if profits plummet,” writes reporter Emma Foehringer Merchant.

“If this business is going to have a future, then we have to react,” said Siemens CEO Joe Kaeser. “Even if that means painful cuts.”