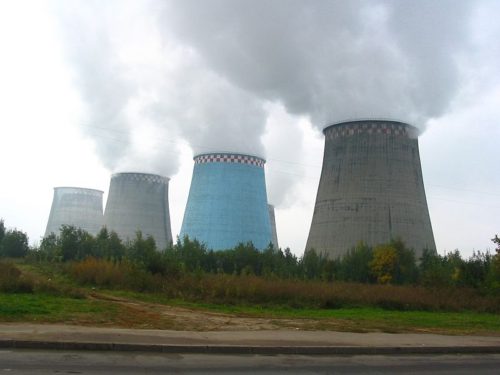 A Russian village near the border with Kazakhstan is reporting concentrations of radioactive ruthenium-106 that are 986 times higher than natural background levels, after a suspected explosion at the nearby Mayak nuclear fuel reprocessing facility.

“The contamination of the atmosphere with ruthenium-106 isotope registered by Rosgidromet is not linked to the activity of Mayak,” the agency said Tuesday. And “the measurements which Rosgidromet has released suggest that the dose people might have received is 20,000 times less than the allowed annual dose, and presents no threat at all to health.”

Earlier this month, “France’s Institute for Radioprotection and Nuclear Safety (IRSN) said ruthenium-106 had been detected in France between 27 September and 13 October,” The Guardian reports. “In mid-October, the [Russian] state nuclear agency Rosatom issued a statement saying samples from across Russia during the same period showed no trace of ruthenium-106.”

Now, Rosatom “categorically confirms there have been no unreported accidents or reportable events on any of its nuclear sites. It also confirms that the recent Ru-106 emission which is being reported is not linked to any Rosatom site,” the agency said. It added that Ru-106 concentrations were even higher in other parts of Europe, like Bucharest, suggesting the material did not originate from Russian territory.

Nuclear materials chemist Neil Hyatt of the University of Sheffield said ruthenium-106 is a product of nuclear fuel “recycling” and medical isotope production, and the material in the European cloud appears to have been reprocessed recently. He echoed Russia’s contention that “it’s certainly not a major health concern based on what we know at the moment. If it’s concentrated you would certainly want to limit access to that area. If it’s not ingested the hazard is going to be lower.”

The Independent notes that Mayak was the site of an explosion in 1957 that “certainly not a major health concern based on what we know at the moment. If it’s concentrated, you would certainly want to limit access to that area. If it’s not ingested, the hazard is going to be lower.”