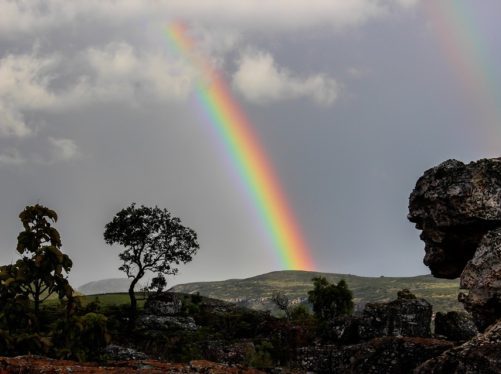 Two scientific optimists are trying to push back against a dire “warning to humanity” recently endorsed by more than 15,000 of their colleagues, CBC News reports.

But Erle Ellis, an associate professor of environmental systems at the University of Maryland and a leading theorist of the Anthropocene era—the idea that humanity is now the dominant and determinative force on Earth’s landscapes and ecologies—thinks that’s too bleak.

“It concerns me that the message from science is this doom-and-gloom scenario that just turns off about 75% of people,” Ellis objects. He told CBC News he was “‘somewhat embarrassed’ for his scientific colleagues who have rallied behind that warning, contending that they fail to account for “the increasing wealth, health, and well-being of human populations globally.”

Ellis points to biologist Paul Ehrlich’s 1968 prediction that overpopulation would bring about the “utter breakdown of the capacity of the planet to support humanity” within 15 years of that date, claiming that anecdote as evidence that such doomsday messages have little reliability.

Ted Nordhaus, who co-chairs California’s Breakthrough Institute, agrees with Ellis, arguing that such “dystopian” forecasts and “overheated claims do a real disservice.”

Nordhaus and colleague Michael Shellenberger provoked outrage in a 2014 essay asserting that the environmental community had largely failed in its goal of protecting Earth’s critical life support systems. His Breakthrough Institute focuses on engaging “technical innovation” to achieve a sustainable economy. Earlier this year, however, Nordhaus reversed course on one subject, agreeing that the rapidly destabilizing climate demands urgent attention.