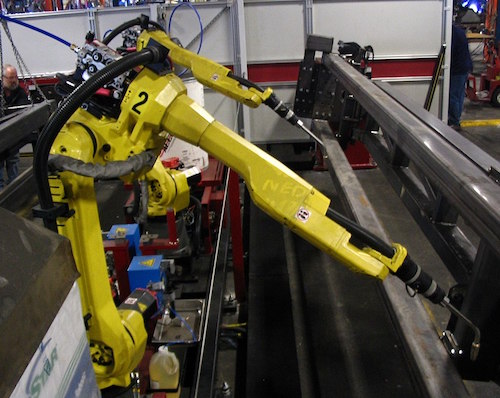 “Toronto has many distribution centres within close proximity,” BYD Canada spokesperson Ted Dowling explained to the Globe and Mail. “So if one company goes electric and sees their costs reduced, other companies will start doing it too.”

BYD is the world’s largest battery maker and likes to style itself as China’s Tesla. It will initially employ about 40 people to assemble Chinese-made parts into short-range commercial vehicles like garbage and delivery trucks.

But Dowling said the company, partly owned by Buffett’s Berkshire Hathaway Inc., anticipates a surge in demand from municipalities and businesses, and plans to source more of its vehicles’ content in North America as it expands.

“BYD is a global company, but we like to localize,” Dowling said. “It doesn’t make sense to build everything in China and then ship it. It makes more sense to utilize the incentive programs and policy changes and create jobs in different markets.”

The same company, the Globe reports, “opened an electric bus manufacturing plant in Lancaster, California, starting with less than 100 employees in 2013, and has boosted that to 700 workers.”

Canada secured this latest investment, Dowling said, at least in part because “there is less of a barrier to entry when it comes to having Chinese products in Canada, compared to the U.S.”

‘Social Backlash’ Could Hold Up Renewables Adoption in South Africa