See What ‘Probable’ Warming Does to a Shoreline Near You [Visualization] 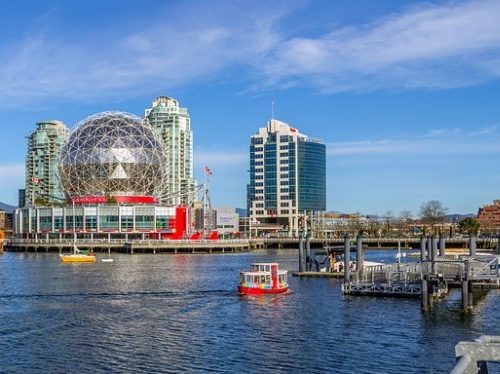 British Columbia will have to plan for the complete reconfiguration of its coastline and the loss of much of its biggest city if the United Nations Environmental Programme (UNEP), is right that “we shall probably be living in a world 3.0ºC warmer than it is today by the end of this century”.

That gut-wrenching recognition comes with a flick of a slider control on a visualization created and hosted by Climate Central. The visualization maps the consequences of different degrees of global warming for coastlines around the world, as melting ice and thermal expansion of sea water cause the oceans’ level to rise.

The Surging Seas: Seeing Choices visualization allows users from anywhere around the globe to see instantly how particular degrees of anticipated warming will affect coastlines of particular interest to them according to current science (estimates continue to become more extreme rather than less).

“If we achieve the main goal of the Paris Agreement, limiting warming to 2.0°C,” Climate Central notes, “some cities will be saved. If we go faster and further to achieve the most ambitious Paris goal, 1.5°C, the outlook improves dramatically. Still, it is sobering to map the challenges following after 1.0°C of warming, a level we have just passed.”

For Vancouver, that is something of an understatement. According to Climate Central’s visualization, the B.C. Lower Mainland already faces more than two metres of inevitable, locked-in ocean rise.

That’s enough to submerge Vancouver’s prize-winning international airport as well as the entire suburb of Richmond and to turn ‘Point’ Roberts, today a border-straddling mainland promontory, into a binational island.