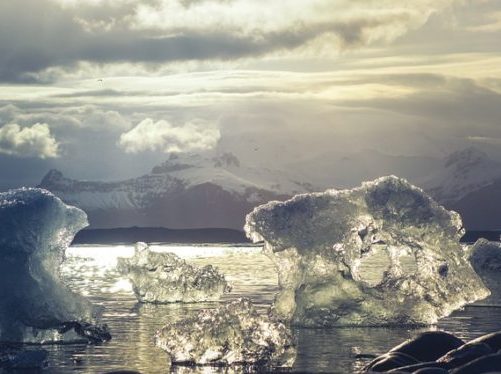 With the Arctic warming faster than any other part of the globe, and some northern sediments thawing for the first time in millions of years, there’s growing concern about defrosting deadly pathogens to which humanity has never had the need or opportunity to develop any resistance.

Around much of the Arctic ocean perimeter, Robinson Meyer writes from Greenland for The Atlantic magazine, “the land has gone soft, and disquieting things threaten to wake in it.”

Areas of so-called “permafrost” have always had “active layers” near the surface that thaw and refreeze on an annual cycle. That active layer, Meyer writes, “now reaches farther underground, and further north, than it has for tens of thousands of years. And it is packed with old stuff: dead plants, dead animals, mosses buried and reburied by dust and snow.”

Some of that material is thawing out, decomposing, and releasing methane and other natural greenhouse gases to the atmosphere, initiating a feedback loop that is accelerating global warming.

But Meyer warns that something else is being activated as the marshy Arctic soil melts. “Pathogens: bacteria and viruses long immobilized by the frost. Many of these pathogens may be able to survive a gentle thaw—and if they do, researchers warn, they could reinfect humanity.”

Scientists have already watched one individual virus reactivate after 30,000 years frozen in Arctic ice. A thawing reindeer carcass—admittedly killed and frozen only in 1941—is blamed for starting an anthrax outbreak that killed a child last year in Siberia. And “Canadian scientists recently found a strain of bacteria in a cave in New Mexico that had been closed off for more than four million years. Though harmless to humans, the ancient bacteria was resistant to most clinical antibiotics, including most of the newest and most aggressive.”

Yet Greenland is contemplating opening a new generation of mines to tap its valuable rare earth deposits. High latitude mines already exist in Russia and Canada, and the opening of formerly frozen sea lanes may encourage more development.

Meyer points out that, to get at those mineral deposits, new mines in Greenland and elsewhere in the High Arctic will first have to displace millions of tonnes of long-frozen earth—and its long-unfamiliar microbial and viral fellow travellers.