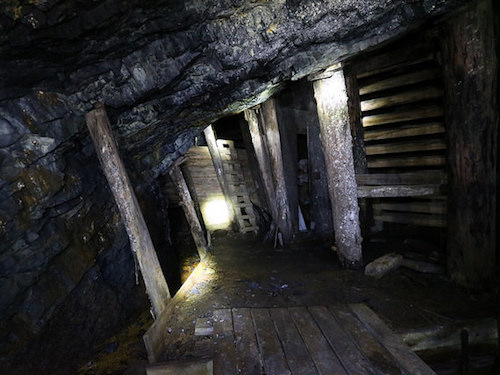 Canadian trade unionists attending COP 23 in Bonn declared a big victory yesterday, after Environment and Climate Change Minister Catherine McKenna came through on her government’s year-old promise to convene a task force on a just transition for fossil fuel workers—with Alberta’s impending shift off coal as the first test case.

“McKenna stressed that the Trudeau government understood that new policies must ensure that all affected workers experience a ‘just transition’ away from the jobs disappearing from the coal industry,” National Observer reports. The government also promised not to claw back financial aid the Alberta government is offering laid-off or retiring coal workers, and “agreed to develop new mechanisms to provide additional support for the workers, McKenna’s office confirmed.”

Those measures could include a local community development fund for coal communities.

“We’ve also heard that this needs to be a just transition, that we need to be working together with workers and communities, and we certainly take that message to heart,” McKenna said. “I think this is a strong message to the world. Everyone is worried about workers and communities, and wants to grow their economy and create good jobs….There are real opportunities, but there is a transition. And we need to be moving forward.”

After telling Observer’s Mike de Souza just a day earlier that he was beyond frustrated with Ottawa’s inaction on the just transition file, CLC President Hassan Yussuff lauded McKenna’s Thursday announcement. “From time to time, we get frustrated, but there’s no question her leadership is stellar.”

The just transition announcement is “a very important commitment to fight climate change, but also to help communities,” he added. “I’m grateful that this is happening at the time that the workers in Alberta are starting to get laid off.”

“In a nutshell, it looks like Canada is becoming a leader in just transitions in the same way that they’ve been a leader on climate change policy for the past two or three years,” agreed Alberta Federation of Labour President Gil McGowan. “We needed the minister to step up and make it clear that the government’s climate change initiatives included just transition, and the good news is that she has done that. Several ministries were making excuses for not moving forward, but now the minister has given her commitment that she’s the one who’s going to do that.”

In de Souza’s earlier report from Bonn, Yussuff noted that McKenna and Prime Minister Justin Trudeau had promised last year to create a task force to develop programs to help workers displaced by the accelerated phaseout of coal-fired power plants. The labour movement was expecting “such concrete policies as improved employment insurance benefits and training programs to help workers transition into new jobs.”

The Liberal government announced a year ago that it would achieve the near-elimination of coal from Canada’s energy mix by 2030. And McKenna has made a push against other countries’ use of coal a centrepiece of her presence at COP 23.

But coal workers, the Observer notes, “aren’t the only ones who will be affected by efforts to reduce pollution and fight climate change. Workers in the oil and gas industries also face a transition as the world moves towards cleaner energy.”

Yussuff emphasized that he “fully” supports the need to reduce Canada’s carbon emissions, including the coal phaseout. But McGowan stressed that “in order for any government to be successful with climate action initiatives, they need public support. Without fair and just transition initiatives for affected workers, they run a very big risk of losing the support that they need to keep moving forward.”