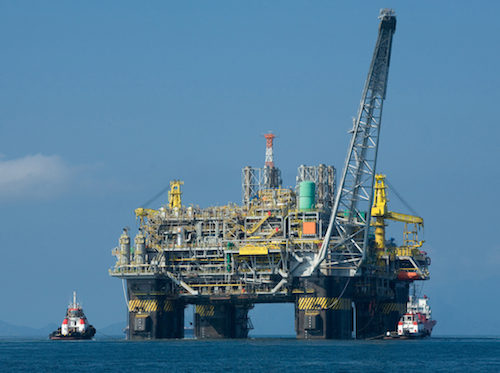 Brazil is betraying its diplomats’ climate rhetoric, and possibly setting off a global race to extract and burn as much oil as possible before policies designed to constrain carbon emissions kick in, several environmental NGOs assert.

Brazilian delegates to the Bonn climate conference pressed other parties to raise their climate ambitions, the Guardian reports. At home, however, President Michel Temer is proposing up to US$300 billion in tax breaks to lure oil companies to develop offshore oilfields that the environmental groups claim “would use up 7% of humanity’s emission budget if global warming is to be kept below 2ºC,” the Guardian reports.

The incentives would leave Brazilians with one of the lowest returns for the one-time extraction of non-renewable petroleum resources of any jurisdiction on the planet, the outlet asserts, “effectively undercutting the competition.

More alarmingly still, “Climate Observatory, WWF, Greenpeace, and other groups say the subsidies could spark a get-it-out-of-the-ground race with fossil fuel rivals such as the U.S., Saudi Arabia, Russia, Norway, and the UK.”

The move stands in stark contrast to the Brazilian delegation’s Bonn diplomacy, said Climate Observatory’s Carlos Rittl. “The country is doing the exact opposite—increasing emissions and opening itself up to big oil with billionaire subsidies.”

“This is a terrible signal,” agreed Greenpeace International Executive Director Jennifer Morgan. “With this bill, Brazil will make the global responsibility to reduce emissions even more difficult than it already is.”

Brazil’s congress is expected to vote on the bill before December 15.

Oil Trains Don’t Have to Be ‘Bomb Trains’, Too