Supreme Court to Decide Who Pays to Clean Up Abandoned Wells 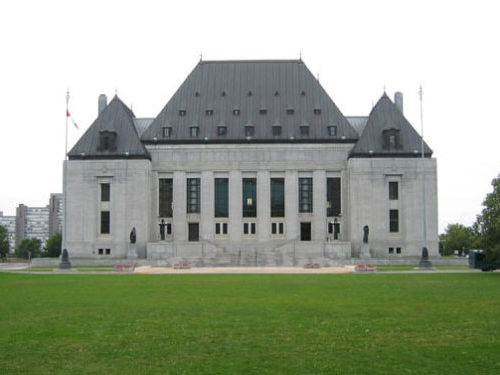 The Supreme Court of Canada will decide whether oil and gas companies can walk away from the environmental messes their operations leave behind with their profits intact, and drop the cost of remediating the damage on taxpayers. At stake is a bargain between Alberta and its tar sands/oil sands industry that iPolitics calls “Faustian”.

The Court accepted an appeal from the Alberta Energy Regulator of two lower court decisions in a case against the now-bankrupt Redwater Energy Corporation of Okotoks, AB.

In October 2015, Redwater declared bankruptcy.  At the time, it held titles to 91 oil and gas wells. The receiver charged with disposing of its assets and settling its debts informed the provincial government it would hold on to 20 of the wells and sell them to satisfy Redwater’s commercial creditors. It proposed to abandon the rest to Alberta’s Orphan Well Association.

The Association is partly funded by industry to take backstop responsibility for cleaning up wells that companies abandon without remediating. But the association lacks financial resources, and its backlog has been growing. In May, the province loaned the organization C$235 million to begin to catch up, with the money expected to be recovered from higher industry contributions.

In Redwater’s case, as the Parkland Institute explains in a backgrounder, the Energy Regulator “asked the receiver to set aside enough money in the receivership of Redwater to pay for the abandonment costs of the company’s wells.” The receiver declined and the Regulator took the dispute to court.

In May 2016, the Court of Queen’s Bench of Alberta found for the receiver, and earlier this year the Alberta Court of Appeal upheld its ruling in a split decision. It is that latest decision the Energy Regulator has now appealed to the Supreme Court.

The senior court’s ruling, when it comes, may call into question Alberta’s long-standing policy of allowing tar sands/oil sands operators to accumulate toxic waste for decades, while putting off its treatment and remediation for later.

“The Redwater decision was the culmination of two decades of the industry downloading its risk, and of legislators effectively rendering polluters and their bankers immune from the environmental consequences of their profit,” independent researcher Regan Boychuk observed in the National Observer after the Court of Appeal decision. It was “a multi-layered charade that has cloaked Alberta’s growing mountain of environmental liabilities for more than 15 years.”

At very least, AER President and CEO Jim Ellis warned, the lower courts’ decision “allows creditors to benefit at the expense of the environment and responsible companies by permitting receivers to avoid regulatory requirements that were put in place to protect the public and environment. It allows owners of industrial facilities to walk away from their environmental responsibilities.”

Enabling commercial creditors to cut in line ahead of the public also threatens the province’s plans for the eventual remediation of the vast scars on the Alberta landscape left behind by half a century of open-pit bitumen mining, As iPolitics notes, the Alberta government approved “a dubious new plan” late last month that will give the province’s oldest operator, Suncor, “70 years after [its] mine closes (and revenues have ceased) in 2033, to finish cleaning up the tailings and return the land.”

An eventual decision could ripple beyond the oilpatch. A Supreme Court ruling will apply from coast to coast, and could also affect liability for an estimated 10,000 unremediated, abandoned, or “orphaned” mines littering the Canadian landscape, whose cleanup costs are expected to run into “the billions, paid predominantly by taxpayers”.