Six Reasons Not to Give Up on the Future, and One Thing to Work On

Yes, the headlines about climate and the general wear and tear on our natural security are often beyond worrying, but the Guardian has identified six global megatrends that it says should give us hope—and one we should really be more concerned about.

“A series of fast-moving global megatrends, spurred by trillion-dollar investments, indicates that humanity might be able to avert the worst impacts of global warming,” the paper writes. “From trends already at full steam, to those just emerging, [they] show that greenhouse gas emissions can be halted.”

The Guardian’s six reasons for optimism:

“Major companies are now piling in with investments in plant-based meat, which has a tiny environmental footprint.”

“Costs for solar panels and wind turbines have plunged. As a result, in many parts of the world they are already the cheapest electricity available, and installation is soaring.”

“The death spiral of coal. Production now appears to have peaked in 2013.” In that year, the International Energy Agency “expected coal-burning to grow by 40% by 2040—today it anticipates just 1%.”

“Global sales of electric cars have now achieved lift-off, quadrupling in the past three years. If current growth rates continue, 80% of new cars will be electric by 2030.”

Plummeting prices for lithium-ion batteries, “which are down 75% over the past six years. The International Renewable Energy Agency expects further reductions of 50-66% by 2030, and a massive increase in battery storage.”

“Good progress is being made improving the efficiency of gadgets and appliances through better standards.” In Europe, “efficiency in homes, transport, and industry has improved by about 20% since 2000.”

On those six indicators, “we are seeing progress that is growing exponentially,” commented Christiana Figueres, the former UN climate secretary who delivered the landmark Paris climate change agreement. “That is what gives me the most reason for hope.”

That optimism needs to be leavened, the Guardian cautions, by “the biggest megatrend not yet pointing in the right direction: annual tree losses have roughly doubled since 2000. This is particularly worrying as stopping deforestation and planting new trees is, in theory at least, among the cheapest and fastest ways of cutting carbon emissions.”

And time is of the essence. “These trends are the start of something that might be enough,” observed famed climate economist Nicholas Stern at the London School of Economics.  But “the two key words are ‘start’ and ‘might’.” 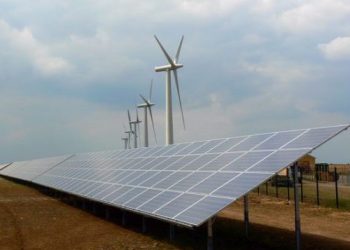