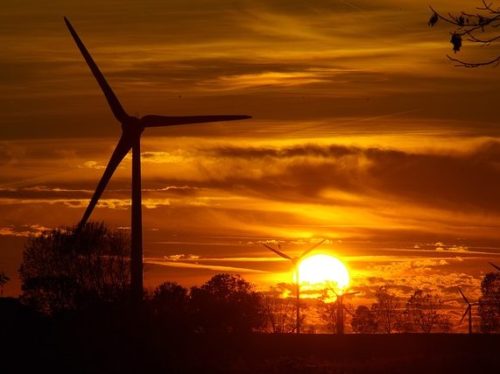 A global, 100% renewable electricity system is achievable today, at every hour of every day in the year, at less cost than a legacy system based primarily on fossil and nuclear energy, according to a modelling study released this morning at the United Nations climate change conference in Bonn, Germany.

Under the scenario, greenhouse gas emissions from the global power sector fall from 11 gigatonnes in 2015 to zero by 2050 or earlier, according to an EWG release.

“There is no reason to invest one more dollar in fossil or nuclear power production,” said Hans-Josef Fell, president of the Berlin-based Energy Watch Group, which released the study. “Renewable energy provides cost-effective power supply. All plans for further expansion of coal, nuclear, gas, and oil have to be ceased. More investments need to be channeled into renewable energies and the necessary infrastructure for storage and grids. Everything else will lead to unnecessary costs and increasing global warming.”

The study team set out to find the “cost-optimal mix of technologies based on locally available renewable energy sources” in 145 defined regions around the world, including two in Canada, and tracked the energy transition in five-year increments between 2015 and 2050. It concluded that existing renewable energy and storage technologies “can generate sufficient and secure power to cover the entire global electricity demand by 2050,” the release states. It placed the cost of the system at €52 per megawatt-hour (C$76.80/MWh, or 7.68¢ per kilowatt-hour) in 2050, compared to €70 (C$103.43) per megawatt-hour in 2015.

That means “a full decarbonization of the electricity system by 2050 is possible for lower system cost than today, based on available technology,” said lead author Christian Breyer, chair of the EWG Scientific Board. “Energy transition is no longer a question of technical feasibility or economic viability, but of political will.”

The research team assumed that global electricity demand in the power sector will double, from 24,310 terawatt hours in 2015 to around 48,800 TWh by 2050, as the world population increases from 7.3 to 9.7 billion. With costs falling rapidly, “solar PV and battery storage increasingly drive most of the electricity system,” the release states, “with solar PV reaching some 69%, wind energy 18%, hydropower 8%, and bioenergy 2% of the total electricity mix in 2050 globally.”

Initially, wind grows to a 32% share of demand by 2030, before ceding some ground to more cost-effective solar technologies supported by storage, 95% of it supplied by batteries.

EWG sees the transition creating 36 million jobs by 2050, nearly doubling the 19 million power sector positions in 2015. The renewable system also drastically reduces transmission and distribution losses from 58% of primary energy in 2015 to 26% by mid-century.

The modelling showed Canada reaching the 100% RE threshold by 2050 and cutting its power system emissions from 71 megatonnes to zero. That’s largely on the strength of its existing installed hydropower capacity, which accounts for 54% of total electricity generation by mid-century alongside solar at 30%, wind at 14%, and bioenergy at 2%. Batteries meet 100% of the system’s storage requirements, adding 18% to the total cost of the system.

Total system cost falls to €39.90/MWh (5.9¢/kWh), compared to €54.10/MWh (8¢/kWh) in 2015, making 100% RE “more efficient and cost competitive than a fossil-based option”. The report’s Canada supplement cites “seasonal variation and excellent resource conditions” as “the key reason for the importance of wind energy”, noting that “other RE resources can provide further flexibility and supply security to the power system”.