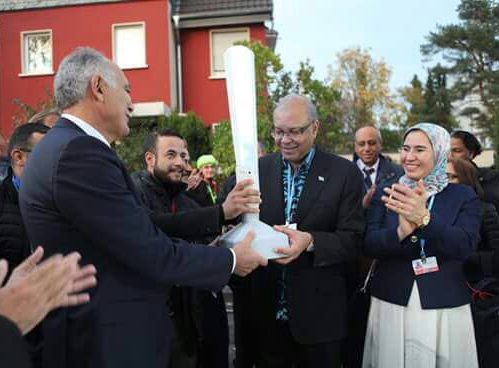 What was supposed to be a quiet, technical UN climate change conference (COP 23) in BonnNovember 6-17 got under way with a surprising amount of momentum and a few bits of controversy Monday and Tuesday, with negotiators getting down to work on the rules and details that will transform the Paris Agreement from a soaring statement of intent to a solid plan of action.

The tall order for this year’s conference: to move beyond section headings into details of the Paris “rulebook”, in areas as varied as climate finance, capacity-building for developing countries, technology assessment and access, agriculture, and the “ambition mechanism” for quickly amping up countries’ commitments to reduce their greenhouse gas emissions. The goal is to complete the rulebook in time for next year’s conference, COP 24—a much accelerated timeline, after the Paris deal was ratified and gained legal force in just a year, a modern record for international treaty-making.

Getting Down to the Details

“This COP will test our ability to keep up the momentum of the Paris Agreement,” said Eddy Pérez, co-coordinator of Climate Action Network-International (CAN-I)’s finance working group. “The more we move into implementation and building trust between developed and developing countries, the more challenging it is to keep it moving.”

As the conversation gets more technical, he added, the fine details will test “the limits of what countries want to do. But if those important decisions are delayed, we can still lose momentum.”

But the momentum so far has been good, with Fiji, in its role as COP 23 president, and last year’s COP 22 president, Morocco, publishing a discussion note on a crucial element of the Paris process.

While Fiji’s attempt to introduce the Talanoa Dialogue as a process for strengthening national climate commitments before 2020 drew early pushback from larger developing countries like India, other delegations seemed poised to join Fiji’s push for what negotiators call “early ambition” toward faster climate solutions. The difference matters in part because next year’s COP will take place in Poland, a country that is seen as a staunch defender of fossil-fueled electricity, and was yesterday’s runner-up for CAN-I’s Fossil of the Day award, after trying to turn the EU Emissions Trading Scheme into a massive coal subsidy. That attempt earned a swift, contrary response from the UK, France, and Germany.

As COP President until a day or so before next year’s conference begins, Fiji will have significant influence over the next 12 months of negotiations and the issues under discussion at COP 24.

A highlight of the opening sessions Monday was Germany’s commitment of €50 million (US$57.9 million) in new funding to the UN Adaptation Fund, set up to help developing countries build resilience and adapt to climate change. The pledge gets the Fund nearly three-quarters of the way to its US$80-million financial goal for this year’s COP. In its daily conference newsletter, ECO, CAN International welcomed the announcement, but cautioned that the country has also slowed down its renewable energy development and failed to adopt a coal phaseout plan.

“Germany is going to miss its domestic 2020 reduction target of 40% compared to 1990 levels by a wide margin if the new government does not act decisively,” ECO noted. “During the election campaign, Chancellor Merkel made a public promise that her next government will meet the target. The only way to achieve that will be to shut down the oldest and dirtiest coal power stations,” a move that “would both be technically possible and economically feasible—but of course meets resistance from the big coal power utilities.”

One of the standard features of the COP is a flurry of research reports and studies on different aspects of a wide-ranging global agreement, and on the progression of the climate crisis itself. One of the most notable this week: analysis by the World Resources Institute suggesting that greenhouse gas production has already peaked in 49 countries, representing about 36% of current global emissions. Another eight countries, responsible for another 23% of total emissions, are expected to peak in the next decade or so.

The news “is a sign that the world is moving away from a business-as-usual scenario where global average temperatures reach 4.0°C or more above pre-industrial levels by the end of this century,” Carbon Brief notes. “Global CO2 emissions from energy were largely unchanged in 2016 relative to 2015, raising hopes that a global peak in emissions may be possible in the near future.”

The problem is that, with no additional reductions, emissions would stay more or less flat through 2100 and the Earth would warm by about 3.0°C. Which means that “to have a good chance of avoiding 2.0°C warming, global emissions need to peak sometime in the next few years and decline very rapidly thereafter. If global emissions had peaked around the year 2000, it would have been possible to gradually reduce emissions by only 1-3% per year and still avoid 2.0°C warming. In 2016, however, a sizable portion of the remaining carbon budget had already been used up.”

Looking Everywhere but the U.S.

With the anniversary today of the election in which Vladimir Putin Donald Trump gained control of the U.S. federal government, COP delegates have been hammering away at two realities that began to take shape at the Marrakech COP on the morning of November 9, 2016: that Paris implementation is pushing forward, whatever Trump and his fossil-funded, climate-denying cabinet might decide to do, and that the massive commitment of U.S. states, cities, businesses, and front-line organizations might still enable the country to meet its Paris target, even as Trump prepares to pull the country out of the formal agreement.

“Don’t wake the bear” was the headline on a widely-read post on Climate Home News, reporting on COP delegates’ worries about the U.S. position in the lead-up to the Bonn talks.

“The fragility of the political compromise of Paris has sometimes not been emphasized because we are all nervous,” one senior negotiator said in London last week. We want it to succeed and we’ve a lot invested in it, as [countries], as citizens, as parents,” but “there’s also a lot of nervousness that the package can unravel very quickly” if the U.S. chooses to play a disruptive role in negotiations.

“The Trump regime really needs to walk away and not hold the rest of the world hostage to the President’s ineptitude,” added Tuvalu negotiator Ian Fry.

But an onsite report Monday from DownToEarth suggested negotiators were less focused on the U.S. once they arrived in Bonn.

“It was expected that countries would come prepared to Bonn with a strategy to deal with the U.S.,” wrote correspondent Vijeta Rattani. But “word around the COP is that the U.S. withdrawal will not impact the agreement much. An [Alliance of Small Island States] negotiator was of the opinion that the ‘U.S. withdrawal had helped the climate change issue to garner political attention and increased awareness in general.’”

Fiji chief negotiator Nazhat Shameem Khan said the U.S. had sent “positive signals…that this will not be a destructive COP,” and a separate Climate Home News piece indicated U.S. negotiators “are expected to quietly continue pushing many of the same positions they have for years,” with the composition of the U.S. diplomatic team largely unchanged from recent sessions.

“In the past, the U.S. delegation has had a couple of key goals,” said former U.S. climate negotiator Reed Schuler, now an advisor to Governor Jay Inslee (D-WA). “One is to move the ball forward in a big way, to think creatively and ambitiously about how to work with the world’s governments to take forward climate action. The second has been the nitty gritty of how the Paris Agreement actually works.”

For now, at least, “I expect the second to remain basically on track,” Schuler added. “I think the U.S. still has a really good team of civil servants, a team that is going to keep working, keep their heads down, and keep hammering out the details of the agreement they all helped negotiate a few years ago.”

The Globe and Mail, meanwhile, carried a story on the “unofficial U.S. delegation” that is pushing climate action through the We Are Still In coalition, a group of 2,500 mayors, governors, university presidents, and other civic leaders from across the country.

The Trump administration ” talks about being a great country,” said Jim Brainard, the Republican mayor of Carmel, Indiana. “A great country keeps its word. We gave our word two years ago in Paris. A great country pays attention to its scientists and plans for contingencies. We need to assume the scientists are right; we’re already seeing the impacts of changed weather. Whether we can do anything about it, we don’t know yet, but we certainly need to try.”

Despite Trump’s determination to gut U.S. climate action and prop up a rapidly-disappearing domestic coal industry, the head of the UN Environment Programme said the country is still likely to meet its Paris target. That will happen “not because of the White House, but because of the private sector,” Erik Solheim told a panel in Geneva late last month. “All the big American companies are dedicated to go in the green direction.”