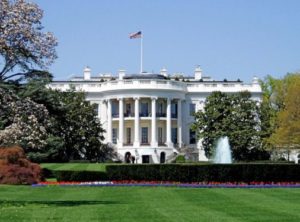 Amid the flurry of activity and distraction emanating from the White House last week, it was easy to miss this tidbit. The Trump administration effectively gave a green light to illicit payments by fossil fuel and mining companies to foreign officials—one of the most potent known conduits of corruption in the world’s petro-states.

The administration said the United States would no longer implement the Extractive Industries Transparency Initiative (EITI), which requires member nations “to disclose their revenues from oil, gas, and mining assets, and for companies to report payments made to obtain access to publicly-owned resources, as well as other donations.” The decision was announced “effective immediately,” Reuters reports.

While declining to implement the EITI, the U.S. will remain a member—an ambivalent posture it has also adopted toward the Paris Climate Agreement. Canada and 50 other countries remain EITI members.

“Under the agreement,” the news agency writes, “the U.S. was required to reveal all the revenue it received from oil, gas, and mining companies, and required those companies to publicly disclose the payments they make to the U.S. and other governments.”

“It’s very disappointing,” Alexandra Gillies, an adviser at the Natural Resource Governance Institute, told Reuters. “It sends such a terrible signal overseas for what we stand for.”

Senator Ben Cardin (D-MD) and former Sen. Richard Lugar (R-IN), who helped bring the United States into the initiative in 2011, issued a joint statement calling the administration’s decision “an example of ‘Big Oil and Gas’ money and influence,” and “a painful abdication of American leadership on transparency and good governance.”

EITI Board Chair Fredrik Reinfeldt called it “a backward step” that would set back “important gains in global efforts to address corruption and illicit financial flows.”

On the domestic scene in Canada, illicit payments from fossil fuel companies to British Columbia’s former Liberal provincial government became the subject of an RCMP investigation. And it emerged in September that executives from many of the same companies had drafted large portions of the since-defeated government’s insubstantial climate “action” plan.