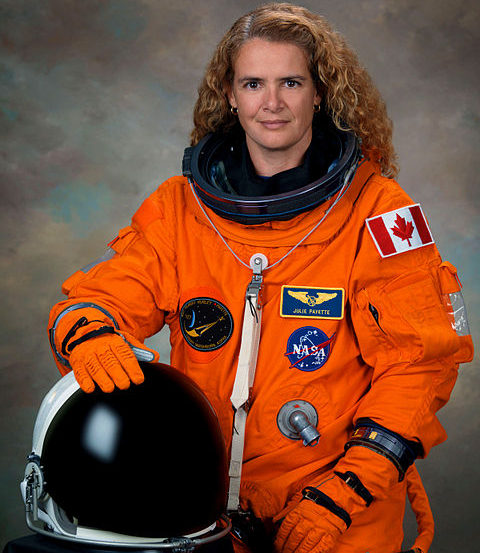 Newly-installed Canadian Governor-General Julie Payette urged scientists to stand up to climate denial and fake news in a keynote address Wednesday evening to the Canadian Science Policy Convention in Ottawa.

“Can you believe that still today in a learned society, in houses of government, unfortunately, we’re still debating and still questioning whether humans have a role in the Earth warming up or whether even the Earth is warming up, period?” she asked, in what The Canadian Press describes as an “incredulous” voice.

“And we are still debating and still questioning whether life was a divine intervention or whether it was coming out of a natural process, let alone, oh my goodness, a random process,” added Payette, a former computer engineer who became the first Canadian to serve on the International Space Station in 1999. Her vice-regal appointment took effect a month ago.

Payette urged her friends and former colleagues in the audience to take a stand against fake news and bogus science, CP reports, and “clearly signaled her background will play a major role in her tenure as Governor General.”

“Democracy and society have always gained from learned debate,” she told conference participants. “But we have to remain vigilant, and we cannot let ourselves fall into complacency. We must be vocal, all the time, everywhere, every single one of us, so we can deconstruct misinformation and don’t end up in an echo chamber just listening to what we want to hear.”

Pipelines at Capacity Will Put More Crude Oil on Rail