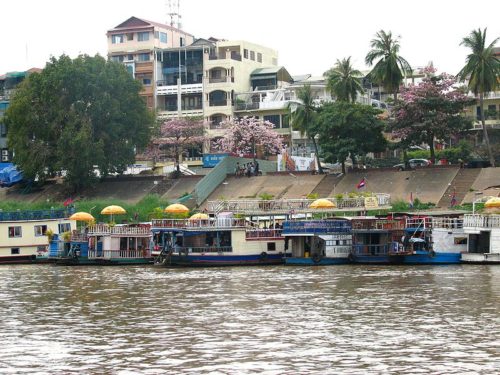 Hydroelectric development along a stretch of the Mekong River may be about to jeopardize the livelihoods and cultures of 60 million people in Cambodia.

“Boasting one of the world’s most diverse and productive inland fisheries, the Mekong supplies people in the region with approximately 80% of their protein needs,” Earth Island Journal reports. “For families living on the margin, the river is an invaluable source of both protein and income.”

But “this vital lifeline is now at risk,” with regional governments “pushing forward a series of large-scale hydropower dam projects that are threatening the Mekong’s abundant fisheries, and consequently the food supply of millions.”

The Lower Sesan Dam, which opened in September, will block fish migrations on two of the river’s major tributaries, writes Sabrina Gyorvary, Mekong Program Coordinator with International Rivers, “causing a 9.3% drop in fish biomass for the entire river basin. The dam is also expected to flood 36,000 hectares, displacing about 5,000 people. The plans for these large-scale projects are typically conceived and approved in secret, and the communities who stand to lose the most are never consulted.”

Eleven large dams are now planned for the Mekong’s lower mainstream, and the river system as a whole has 200 dams built, under construction, or planned.

“Combined, the 11 dams on the lower Mekong would block the major fish migrations that are essential to the life cycle of around 70% of the Mekong River’s commercial fish catch,” the Journal notes. “This would result in a total estimated fishery loss of 26 to 42%,” an outcome that would affect millions of people and “would be devastating to Cambodia food security.”