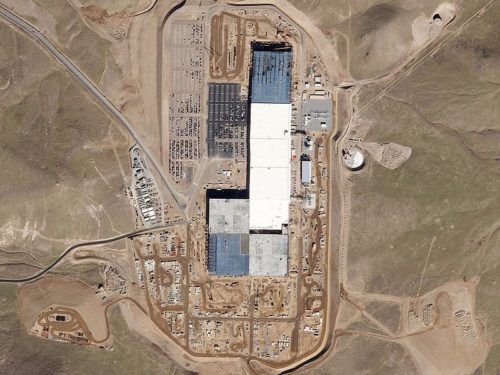 Tesla has announced a delay of roughly three months, from sometime this year to the end of the first quarter of 2018, to reach its production goal of 5,000 Model 3 electric cars per week.

While the lost time “isn’t all that long considering Tesla has historically delayed its previous cars for many months, it could be a worrisome sign for the company’s extremely ambitious production goals,” Greentech Media reports. “It doesn’t just plan to make 5,000 Model 3 cars per week next year—it hopes to boost that to 10,000 cars per week at some point.”

Greentech reports that Tesla founder Elon Musk has camped out on the roof of the company’s Reno, Nevada gigafactory as he leads the effort to clear production bottlenecks, and Chief Technology Officer JB Straubel “is basically spending his entire life at the gigafactory right now.”

During a third-quarter earnings call with investors earlier this week, Musk traced the production problems back to a battery module assembly process at the gigafactory, explaining that Tesla had to rewrite the software for two sections of the process after a supplier “dropped the ball” on the work.

Greentech says the extra effort on the gigafactory could drive up Tesla’s production costs for the Model 3, adding that the company plans US$1 billion in capital expenditures over the last three months of this year, largely related to Model 3 and gigafactory equipment. Tesla is losing money on each of the vehicles it produces over the short term, but is aiming to break even by the end of this year.

“That’s a massive loss—and it looks to be the largest loss in the company’s history.”