Electric bus was killed off 100 years ago 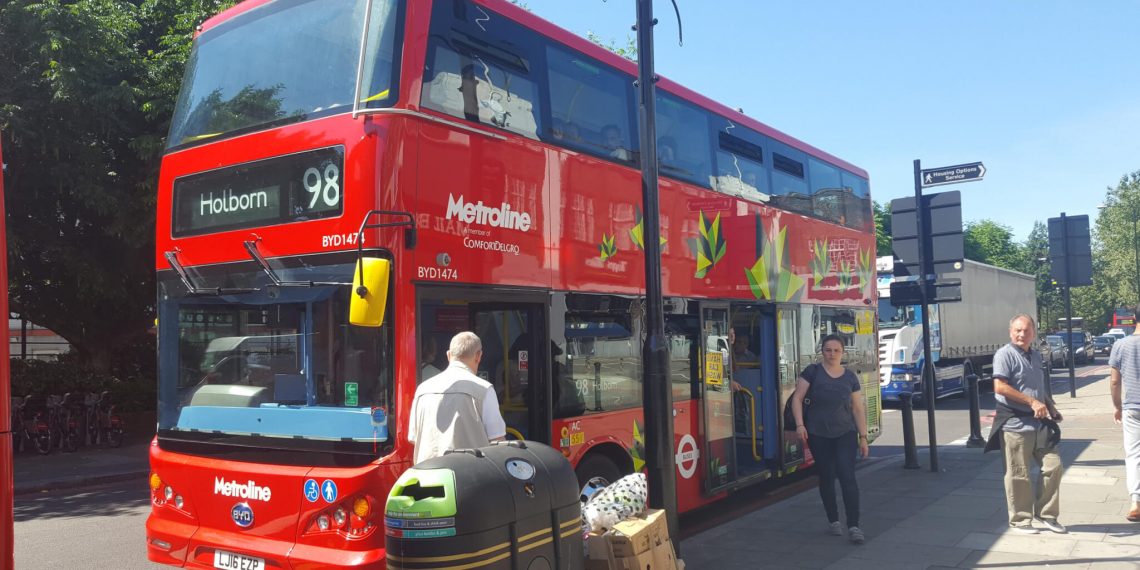 The electric bus and other vehicles could have been running in the UK over a century ago, if fraudsters had not stifled clean transport at birth.

LONDON, 30 October, 2017 – The electric bus would have let Londoners enjoy clean air early in the twentieth century, saving millions of people from breathing problems and premature death, but for the dishonesty and double-dealing which promoted the internal combustion engine instead.

The world is only now slowly waking up to the scale of the problem. Air pollution caused by fumes from the hundreds of thousands of vehicles on our roads is one of the big killers of the modern age, especially in cities, and is, along with climate change, a serious threat to the future of the planet.

It is not just fast-growing cities like Beijing or Delhi that are reeling from the effects of vehicle pollution.

At least 40,000 deaths in London each year are attributed to outdoor air pollution, much of it the result of the noxious fumes emitted from internal combustion engine-driven cars, trucks and buses, particularly those fuelled by diesel.

“Our cities could have been a whole lot cleaner, healthier and quieter. The electrobus swindle didn’t just impoverish the shareholders of Edwardian England. We were all robbed”

Yet, as investigative journalist Mick Hamer writes in his excellent new book A Most Deliberate Swindle, much of this pollution could have been avoided.

More than a century ago the technology existed for electric vehicles – hailed today as one of the main ways to tackle the urban pollution crisis. The adoption of a revolutionary vehicle called the electrobus could have ushered in an age of clean transport – and clean air.

Hamer tells the story of how a massive fraud of shareholders and various other scurrilous activities acted as a severe brake on the development of electric transport.

“One thing is pretty certain”, writes Hamer. “The electric vehicle wouldn’t have been stuck in the doldrums for a century, and today’s electric revival wouldn’t have had to start from zero.

“Our cities could have been a whole lot cleaner, healthier and quieter. The electrobus swindle didn’t just impoverish the shareholders of Edwardian England. We were all robbed.”

Turn the clock back to 1906, when the age of horse-drawn public transport is gradually coming to an end in the United Kingdom. A number of petrol-fuelled buses are on London’s streets. They are noisy and smelly – some of them catch fire. They are prone to breakdown.

The electrobus – powered by batteries – is noiseless, emits no fumes and is more reliable. Its backers say it’s also cheaper to run than petrol vehicles.

This was the age of the entrepreneurial investor, a time when members of the public were caught up in a rush to become shareholders in all manner of get-rich-quick schemes – from gold mines in the Amazon to rubber plantations in Malaya.

The public fell over itself to buy shares in the London Electrobus Company and what was considered to be “the aristocrat among public conveyances.”

The problem was that while the basic idea of the bus was sound, the people behind it were not. Hamer lists a colourful cast of devious characters – headed by a German-born lawyer and including the nephew of the Greek prime minister and his astrologer, a music hall artist, a crooked judge, and a gunrunner.

Shareholders were systematically deceived by “solicitors and accountants who could not be trusted to add up the pennies in a child’s piggy bank.”

“On top of the fraud, bribery and blackmail, there was champagne, sex, juicy divorce cases, a drunken brawl and motoring derring-do. This was no longer a simple story about an electric bus.”

In 1911 a fleet of 17 electric and hybrid buses was running in Brighton, on England’s south coast, but by then the London Electrobus Company – wracked by court cases and press exposés of its fraudulent goings-on – had gone into liquidation.

Perhaps the air in our cities – and our health – would be a lot better today but for those fraudsters of more than 100 years ago.

“If battery power worked for buses then other vehicles might have followed suit”, says Hamer.

“The result was a resounding victory for the internal combustion engine, which in turn established acceptable levels of noise and pollution. We still hear and breathe these consequences today.” – Climate News Network

Prepare for a world 3°C warmer in 80 years