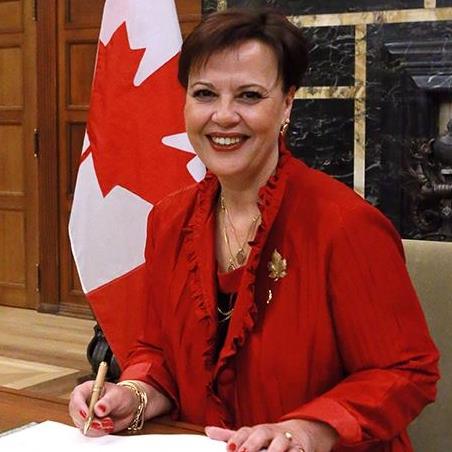 In the same week that a key House of Commons committee went behind closed doors to discuss the country’s fossil fuel subsidies, The Guardian revealed that some of the country’s biggest fossil companies pay far lower taxes in Canada than they do in many developing countries.

Last Tuesday, the Standing Committee on Public Accounts was beginning its review of Auditor General Michael Ferguson’s rather critical assessment of Canada’s 2009 commitment to a subsidy phaseout, originally by 2015. After Ferguson’s opening remarks, and with other officials waiting to testify, committee vice-chair Alexandra Mèndes (L-Brossard-Saint Lambert) moved a motion to take the meeting in camera. The motion passed, and the meeting continued without media or the public present.

“We wanted to have a very candid and frank discussion,” Mendès said. “I wanted to make sure there would be no constraints.”

But National Observer notes that this “wasn’t the first time the government has tried to keep secrets about its progress in meeting the commitment,” and Annie Bérubé, Équiterre’s Ottawa-based director of government relations, smelled a cover-up.

“It is clear the Liberals are still trying to keep this undercover, first by not releasing data to the auditor general, and now by preventing a House of Commons committee from studying this issue,” she said.

Just a couple of days after the committee meeting, The Guardian was out with an analysis that showed fossils like Chevron Canada, Suncor Energy, and Canadian Natural Resources Ltd. paying much higher taxes per barrel in Nigeria, Indonesia, UK, and Ivory Coast than they do in Canada. The analysis, ironically enough, was enabled by a Harper-era law that requires oil, gas, and mining companies to disclose their payments to governments around the world.

“I think it will come as a surprise to most Canadians, including a lot of politicians, that Canada is giving oil companies a cut-rate deal relative to other countries,” said Greenpeace Canada Senior Energy Strategist Keith Stewart.

“The low rate that oil companies pay in Canada represents billions of dollars in potential revenue lost,” The Guardian notes. Chevron Canada, for example, “paid almost three times as much to Nigeria and almost seven times as much to Indonesia as it did to Canadian, provincial, and municipal governments.” Suncor’s taxes in the UK are six times higher than in Canada, while CNRL’s costs are four times higher in Ivory Coast.

“Even with the low rates, the Canadian Association of Petroleum Producers has been lobbying the federal government for more tax breaks to improve their ‘competitiveness,’” The Guardian notes. As if to prove the point, CAPP President and CEO Tim McMillan was out with a Globe and Mail op ed last Wednesday, tacitly equating the national economy and the country’s social programs with the health of the fossil industry.

“We can be the world’s energy supplier of choice and still generate economic and environmental benefits in Canada—but only if Ottawa develops our natural resources with competitive policies that attract investment and spur innovation,” McMillan wrote. “Ottawa can help by enabling the right fiscal framework that encourages innovation to enhance environmental performance. We need an accelerated capital cost allowance for clean technology investments in our oil and natural gas sector.”