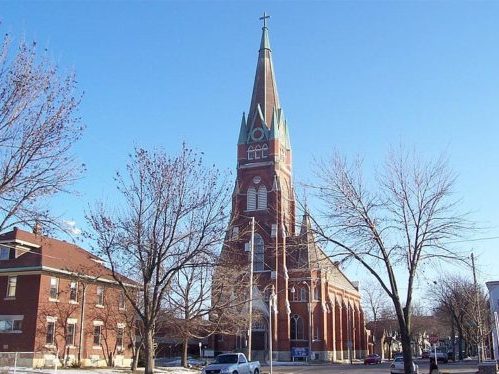 Climate change is happening, but some deeply religious American Christians are taking events like Hurricane Harvey as signs of the coming apocalypse and the second coming of Jesus, not an excess of CO2 in the atmosphere.

It’s not that West Virginia’s more deeply conservative residents—politically, socially, and religiously—haven’t noticed the weather changing, reports InsideClimate News. It’s just that they’re turning to scripture, rather than science, for an explanation.

“I’m a firm believer that God tells us in the Bible that he will warn us through signs in the sky,” resident Kathy Glover told InsideClimate reporter Meera Subramanian, after unprecedented rain and flooding forced her out of her home in White Sulphur Springs last year. “It’s fitting in with the Book of Revelation. With the earthquakes and the devastation happening around the world, it’s a wake-up call.”

The 60-year-old sees little point in restricting greenhouse gases in order to mitigate climate change. “There’s nothing really I can encourage or discourage, other than to encourage people to be ready for the Return,” Glover said.

“Things are changing,” conceded her neighbour, police deputy Jake Dowdy. But he claimed to be “as puzzled as everybody is” as to why. “I don’t know,” he said. “I don’t know if these are signs of the ending coming, or if this is climate change.”

Evangelical Christians make up 40% of West Virginia’s population, and a quarter of America’s. Among Americans at large, one in seven says that “God” controls the climate. They look more readily to the pulpit and faith leaders for authority than to labs and scientists.

Chad Dingess is pastor of one of White Sulphur Springs’ score of churches. “I don’t feel like I have enough knowledge to speak” to a human role in climate change, he told Subramanian. But he does have confidence in another source.

“The scriptures say very clearly: in the last days, there would be earthquakes and hurricanes,” Dingess said. “And what the scripture really says is that it will happen more frequently. And I think that’s some of what we’re seeing.

“I don’t think it’s anything we need to be afraid of,” he reassured Subramanian. “It’s pointing to the return of Christ.”

Suncor Gets Set to Double Output, Hints at US$65 Oil Ahead