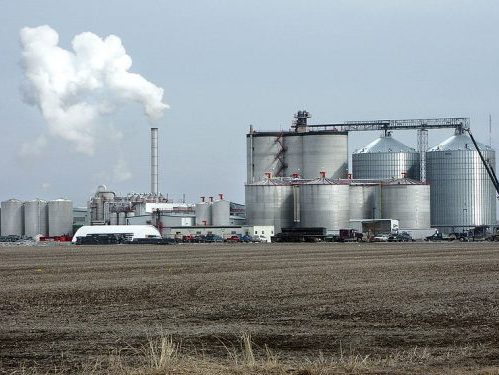 A “grand alliance” of U.S. renewable fuel producers is declaring victory, after Environmental Protection Agency Administrator Scott Pruitt assured seven midwestern senators that he would not tamper with the treatment of fuel blends in ethanol exports.

“In beating a retreat from an aggressive effort at fuel volume rollback that came out this summer,” Biofuels Digest reports, Pruitt “emphasized his commitment to implementing renewable fuel volumes at or above levels proposed, as well as to examining the Agency’s authority to fix regulations that currently limit the year-round sale of E15 and higher ethanol blends.”

“The truth?” writes Biofuels Digest Editor Jim Lane. “It’s a Trump Administration back-down. EPA overreached on declawing the Renewable Fuel Standard on behalf of some grumpy oilpatch donors (known as GODs), and the Trump Administration managed to revive a Grand Alliance around renewable fuels—one that now includes almost 40 members of the United States Senate, numerous midwestern governors, and a string of trade associations.”

“EPA’s proposal would chill investment at a time when more cellulosic and advanced biofuel capacity is poised to come online,” Biotechnology Innovation Organization Executive Vice President Brent Erickson said at the time. “The agency should commit to setting 2018 standards that support continued growth of biofuel production and use.”

“The purpose of the Renewable Fuel Standard is to grow demand for biofuels while driving the industry to innovate,” added Iowa Governor Kim Reynolds (R). “Unfortunately, the Environmental Protection Agency’s proposals seem to take us backward, not forward.”

Lane credits the seven senators on the receiving end of Pruitt’s letter as the “collection of Trump Whisperers” behind the retreat. “They were among a group of 38 senators that wrote to the EPA administrator in support of the Renewable Fuel Standard (RFS) last month, alarmed at efforts at the EPA to cut back on Renewable Fuel Volumes,” he states.

The political push was bolstered by a five-point legal argument developed by BIO and Growth Energy, the U.S. biofuel trade association. They contended that the government could not waive established Renewable Fuel Standard volumes in the interest of energy independence, that the definition of domestic supply under the RFS has always included imported product, that the EPA had no authority for two of the key regulatory changes it had proposed, and that there was no basis to reduce 2018 volumes based on severe harm.

For at least one state industry association, Pruitt’s announcement was just a start.

“Simply not making further cuts to proposed levels that were already too low is not enough,” said Monte Shaw of the Iowa Renewable Fuels Association. “To live up to the letter and spirit of the RFS in the final rule, the EPA must increase levels for biodiesel and cellulosic ethanol from what was proposed in July.”