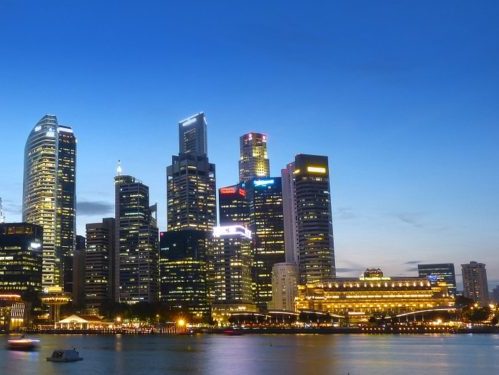 Singapore may have positioned itself as the hub of Asia’s oil refining and trading market, but that isn’t stopping the local government from acquiring solar and energy storage systems to reduce its own reliance on fossil fuels.

“The city-state is testing floating power projects in its reservoirs, a technology that could help solar meet as much as a quarter of electricity demand by 2025,” Bloomberg reports, citing a speech earlier this week by Deputy Prime Minister Teo Chee Hean. “The government also reached agreements for energy storage and micro-grid projects,” according to a senior trade official.

Singapore’s goal is to “overcome natural limitations on hydropower and wind and a lack of available land for solar panels”, the news agency notes, recognizing that it’s a small carbon emitter that will still be vulnerable to the effects of climate change.

“Singapore’s Energy Market Authority will also make it easier for consumers to generate solar power for themselves and to sell excess energy back to the grid.”