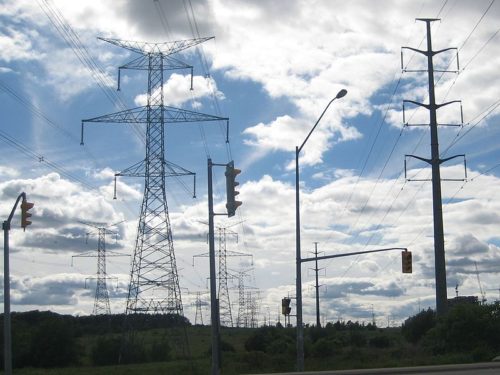 Ontario will offer more options for people who want to reduce their electricity use, reward innovations that reduce consumption or produce power less expensively, boost competition among electricity suppliers, and increase average hydro bills to nearly $200 per month in 2030, under a long-term energy plan released yesterday by Energy Minister Glenn Thibeault.

“I’d love, as an MPP and minister of energy, to come out and say we’re going to freeze rates,” Thibeault said. “We know where that got us. We remember the rolling brownouts. We remember the blackout. We know that rebuilding the system cost us $70 billion. We’re not going to do that again.”

The added, political back story to the announcement, notes Ottawa Citizen columnist David Reevely, is that “this is the first overhaul to the province’s electricity forecast in four years, which means it’s the first one since the Liberal government got seriously spooked by Ontarians’ fury over constant hydro price hikes.”

Reevely’s summary and other news reports note that the plan slows down rate increases in the province that were expected to bring average monthly bills to the $200 threshold by 2027, or as early as 2020. “The hikes on the average household will be smaller at first, thanks to all the money the government is borrowing to pay electricity bills over the next few years, then we’ll see sharper price increases starting in 2022,” Reevely notes.

“The plan also assumes that we’ll use less power at home—750 kilowatt-hours a month in the average household instead of the 800 the government has previously assumed—thanks to conservation and more efficient appliances. That’s part of why the forecast prices have dipped.”

The plan sees those efficiency improvements offsetting new demand from the rapid introduction of electric vehicles across Ontario—2.4 million of them by 2035, according to agovernment fact sheet—and increased use of electrified transit. “Ontario’s long-term electricity conservation target of 30 TWh [terawatt-hours] of electricity in 2032 will continue to help offset almost all the forecast growth in electricity demand,” the province states.

That shift in demand pattern will lead to new pressures on local utilities, “potentially stressing the power supply to residential neighbourhoods that haven’t previously needed industrial quantities of electricity,” Reevely writes. “Local distribution companies like Hydro Ottawa might have to spend heavily to beef up their systems, and charge customers more to pay for the improvements.” His post details some of the experiments under way in Ontario to test time-of-day pricing and other demand management measures.

“We’re going to continue to utilize innovation and utilize the data that we are going to get from smart meters to help consumers innovate and lower their bills,” Thibeault said.

Reevely cites top-line criticisms from Ontario Conservative Leader Patrick Brown and NDP Energy Critic Peter Tabuns, both keying in on the higher power bills in the province’s future. “I’d like to challenge both Patrick Brown and [NDP Leader] Andrea Horwath to finally tell the people of Ontario what they would do differently and what impact their plans would have on electricity bills,” Thibeault said, in a pre-emptive strike that got a thumbs-up from Reevely.

“So, real talk,” he writes. “One party has a plan for Ontario’s electricity system that’s worthy of the label. It increases what consumers will pay, year in and year out, arguably for good reasons like cleaner power and more resilience, but definitely our prices go up.” But he charges that neither the Conservatives nor the New Democrats has come through with a well-articulated alternative.

“It’s the opposition’s job to oppose and to criticize, which they’re doing,” Reevely acknowledges. “But with an election imminent in the spring, it’s now also their job to offer real alternatives.”

Key electricity stakeholders were quick to point out that the government still sees a future for waterpower, wind, and nuclear in the province’s long-term energy future. AndWataynikaneyap Power, a transmission company jointly owned by 22 northwestern Ontario First Nations and FortisOntario, noted that the plan advances a grid extension to replace diesel generation in the communities, 17 of which are completely off-grid.

“We are incredibly encouraged by the Ontario government’s ongoing support for the project and look forward to the day when we can tie in to the provincial electricity grid and provide our communities with safe, reliable, and clean energy,” said CEO Margaret Kenequanash. “Connection to the grid will open the door for us to start building the infrastructure we so desperately need.”

But the plan’s mostly undifferentiated approach to electricity supply sources drew an immediate, harsh response from the Ontario Clean Air Alliance, which attribute a 55% residential rate increase by 2032 to the government’s insistence on rebuilding 10 aging nuclear reactors. “This high-cost, high-risk plan flies in the face of worldwide trends, where many countries are moving away from nuclear energy and embracing ever-lower-cost renewable sources instead,” the Alliance noted.

“It’s not like Ontario doesn’t have other options,” OCAA added. “Quebec has offered to supply Ontario with clean renewable energy at one-third the cost of power from rebuilt reactors. This is power that is available around the clock in every season of the year. Taking Quebec’s offer could lower Ontario’s electricity costs by $12 billion over the next 20 years, but the Wynne government apparently prefers to bet on always-over-budget nuclear projects instead.”