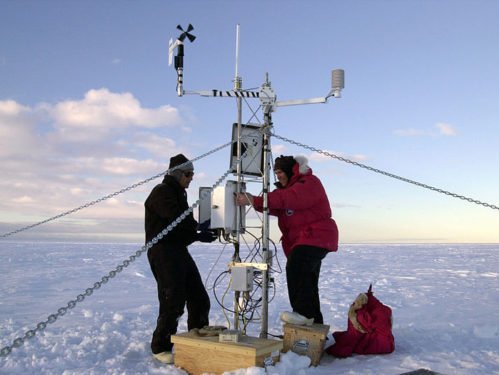 A clean, uninterrupted data stream is a scientist’s dearest wish, but a bit of “gross mismanagement” will make some critical information about the fast-changing climate over Canada’s Arctic a little noisier and less continuous, CBC News reports.

Environment and Climate Change Canada will halve the frequency of some environmental measurements at its weather station at Alert, on the northern tip of Ellesmere Island, for as long as six months, and may suspend other measurements entirely.

Alert is “just 817 kilometres from the north pole,” CBC notes. “Globally, there are few other sources of information about conditions that far north.”

The loss is particularly significant, because “records of atmospheric conditions, snow thickness, and sea ice thickness collected at Alert go back half a century, making them some of the longest-running and most valuable in the world for understanding climate change,” the national broadcaster explains. “Researchers across the globe use the data for weather and climate research and prediction, as well as for calibrating aircraft and satellite instruments.”

Normally, two people at a time live at Alert to make the observations, some of which require both of them working in tandem to complete. However, when Environment Canada failed to find two people to send to the station for the winter watch from the start of October, 2017 to the end of March, 2018, it sent one, who will do what they can.

“That’s awful news,” Thomas Duck, a scientist at Halifax’s Dalhousie University who uses data from Alert to help validate satellite observations, told CBC when he heard of the decision. “I’m floored that it would come to this.”

Duck attributed the interruption in the globally important data to “gross mismanagement,” and to staff cuts by the previous Conservative government that Justin Trudeau’s Liberals have struggled to restore.