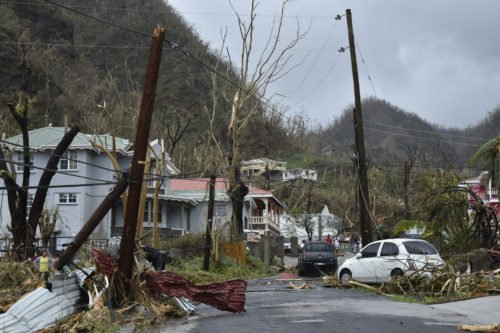 Puerto Rico’s utility company has awarded a US$300-million reconstruction contract to a Whitefish, Montana company that had exactly two employees on the day that Hurricane Maria stormed ashore, taking down most of the island’s power grid and leaving the large majority of its residents in the dark.

Before the storm, the bankrupt Puerto Rico Electric Power Authority (PREPA) owned some 300 electrical substations, 3,800 kilometres of transmission lines, and nearly 50,000 kilometres of lighter distribution lines strung over the island’s mountainous geography, the Washington Post reports. Much it was in poor repair, and the utility itself owed creditors $9 billion. Maria damaged 80% of that equipment, according to the U.S. Army Corps of Engineers.

A month after the storm, about 80% of Puerto Rico’s 3.4 million utility customers are still without power, in conditions that one islander described to the New York Times as “like going back in time” to an era of cooking over bonfires. The slow relief response has called into question the even-handedness of mainland America’s assistance—and prompted predictions of a wave of emigration from the island to Florida and New York.

To put its shattered grid back together, PREPA has “turned to a two-year-old company from Montana that had just two full-time employees on the day Hurricane Maria made landfall,” the Post reports. Whitefish Energy signed the contract last week “to repair and reconstruct large portions of the island’s electrical infrastructure. The contract is the biggest yet issued in the troubled relief effort.”

It’s also the largest job Whitefish has ever handled, by rather a long way. Previous company high points, the Post writes, were a $172,000 contract “to replace a metal pole structure and splice in three miles of new conductor and overhead ground wire in Arizona,” for the U.S. Energy Department, and “a $1.3-million deal to replace and upgrade parts of a 4.8-mile (7.2-kilometre) transmission line,” also in Arizona.

In hiring the distant company, PREPA also opted against activating traditional  “mutual aid” arrangements that it and other utilities maintain to help each other recover after natural disasters.

Ramos told reporters Whitefish was the first company “available to arrive, and they were the ones that first accepted terms and conditions for PREPA.”

“We are taking personal risks and business risks working in perilous physical and financial conditions,” Chiames said. “And we stand by our work and our commitment to the people of Puerto Rico.”

Whitefish explained that its business model is to staff up with subcontractors when it receives work, and that it had 280 people working in the territory by the start of this week. The company said it was “close to completing infrastructure that will energize some of the key industrial facilities that are critical to restarting the local economy.”

The arrangement raised eyebrows in Washington, however, where Congress was finalizing details of a relief bill containing billions of dollars for the island, as well as larger amounts for areas in Florida and around Houston that are still recovering from Hurricanes Irma and Harvey, and communities devastated by the California wildfires.

“The fact that there are so many utilities with experience in this, and a huge track record of helping each other out, it is at least odd why [PREPA] would go to Whitefish,” said Susan F. Tierney, a former Energy Department official. “I’m scratching my head wondering how it all adds up.”

A spokesperson for the House Committee on Natural Resources said it was examining Whitefish’s role. “The size and unknown details of this contract raise numerous questions,” Parish Braden said. “This is one of many things the committee is taking a close look at.”

But while Whitefish CEO Andy Techmanski and Interior Secretary Zinke “acknowledge knowing one another,” both insisted Zinke had no role in Whitefish winning its contract.

At least temporarily lost in the dust-up was what had become of a tentative agreement between Puerto Rico’s governor and Tesla CEO Elon Musk, apparently announced by the latter, to repower the island with dispersed solar+battery microgrids.