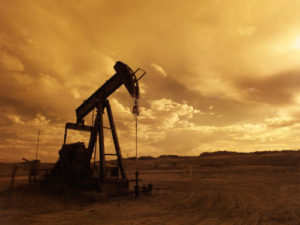 Nearly a decade after Canada and other G20 countries committed to phase out “inefficient” fossil fuel subsidies, the federal government still hasn’t defined some of the key terms it will need to start getting the job done, Auditor General Michael Ferguson told the House of Commons Standing Committee on Public Accounts Tuesday, in an update on his March 2017 annual report.

“Canada pledged to phase out fossil fuel subsidies by 2015 at a G20 meeting in Pittsburgh in 2009 and has repeated that promise every year since,” iPolitics noted when Ferguson issued his report earlier this year. But despite some positive movement, “Finance Canada and Environment Canada haven’t clearly defined what the promise means, leaving doubts about whether the promise is being met.”

The review showed that Finance had focused its efforts so far on some preferential tax measures targeted to fossil production and consumption, but had failed to address others. The department has since delivered some supplementary information to the Auditor General, including a package this past Friday that included “unredacted strategic environmental assessments and other documents that contain explanations, analyses of problems, or policy options.”

Environment and Climate Change Canada, meanwhile, acquired responsibility for non-tax measures like government grants and contributions, loans or loan guarantees at favourable rates, and other forms of grants and market interventions, when Prime Minister Trudeau issued his 2015 mandate letter to ECCC Minister Catherine McKenna. But the audit determined the department “did not know the extent of non-tax measures that could be inefficient fossil fuel subsidies,” Ferguson said.

“The detailed action plan that the Department provided to this Committee contains timelines to identify these non-tax measures and to interpret the G20 commitment.”