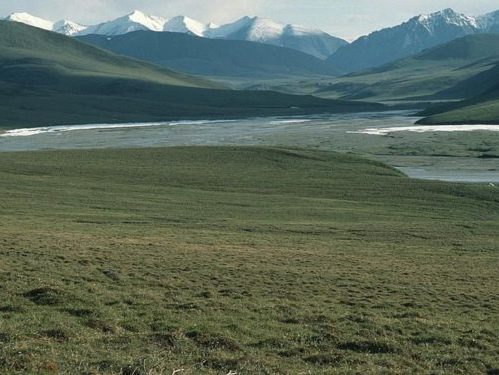 The treasured Arctic National Wildlife Refuge (ANWR) could soon be opened up to oil and gas drilling as a result of a budget measure adopted last week by the U.S. Senate, calling for US$1 billion in new revenue from leasing federal lands over the next 10 years.

By a 48-52 vote, senators rejected an amendment by Sen. Maria Cantwell (D-WA), senior Democrat on the Energy and Natural Resources Committee, to drop the requirement from the budget bill.

Cantwell called the measure a “sneak attack” by Republicans that turned “public lands over to polluters”. Sen. Jeff Merkley (D-OR) said there was “something cynical and sad” about boosting oil production in the U.S. state that is seeing the most obvious effects of climate change.

“The vote, which came before the Senate approved Republicans’ proposed budget, represented a victory for the GOP and a defeat for environmentalists,” the Washington Post notes. “The Trump administration is quietly moving to spur energy exploration in the refuge for the first time in more than 30 years by considering whether to allow seismic testing there, but only Congress can determine whether oil and gas drilling can take place within its 19.6 million acres.”

Reuters notes that U.S. fossils “have long lobbied to explore in the area and say technology advances mean the impact of operations in the reserve would be small. [Energy and Natural Resources Chair Lisa] Murkowski said oil companies could use infrared cameras to detect and avoid polar bear dens while exploring for oil and gas.”

At the same time, “it is uncertain whether energy companies that have faced years of static crude prices amid a wealth of oil in the continental United States would be willing to increase drilling in the harsh and frigid Arctic.”

National Audubon Society CEO David Yarnold said the U.S. government could only hope to raise about $9 million by auctioning off drilling rights in the refuge.

“It’s just bad math,” he said. “There’s no reason to believe that that’s going to happen.”

But those uncertainties didn’t stop Murkowski (R-AK) from casting the budget instruction as “an opportunity to do something constructive for the country,” telling her colleagues that “it’s about jobs, and job creation. It’s about wealth and wealth creation.”

The fight over drilling in the ANWR has been going on for decades, and Alaska Wilderness League Executive Director Adam Kolton made it clear that it isn’t ending here.

“Today’s vote is a wakeup call for all Americans. Americans have fought for decades to protect this last remaining truly wild landscape, and are rallying today because they believe in taking action on climate change and want to defend the rights of the Native Gwich’in people,” he said. “Every member of Congress who supported this scheme, to hijack the budget process to do the bidding of oil companies, needs to hear loud and clear that we are determined to defend ‘America’s Serengeti.’”