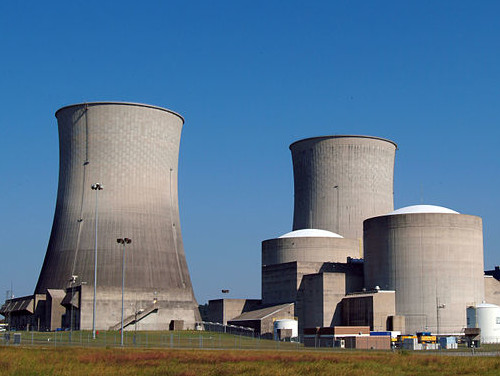 The U.S. nuclear industry has taken a big fall in the decade since the highly-hyped “nuclear renaissance” of 2008, when utilities began placing orders for Westinghouse’s new AP1000 reactors, Senior Research Fellow Mark Cooper of Vermont Law School’s Institute for Energy and the Environment writes in an analysis for the Bulletin of the Atomic Scientists.

Now, Cooper points to a dozen factors that have made nuclear an epic economic failure. “The nuclear industry’s collapse is stunning, but it should come as no surprise,” he writes. “This is exactly what happened during the first round of nuclear construction in the United States, in the decade between 1975 and 1985. History is repeating itself because of a dozen factors and trends that render nuclear power, new and old, inevitably uneconomic.”

He suggests political economy as the appropriate discipline to understand the technology’s rise and fall, noting that “nuclear power has never been economically competitive and, consequently, has always relied on the exercise of political power to secure a role in the electricity sector.”

Cooper divides his dozen factors into four categories. On the supply side, he notes, nuclear construction costs are rising, low natural gas prices are wiping out demand (for both nuclear and coal), and “alternatives such as wind and solar power are declining in cost, thanks to technological improvements that have cut costs by 50 to 75% in a decade or two.” On the demand side, increasing efficiency has slowed down the growth in U.S. electricity demand, and “individuals and communities are increasingly able to supply their own energy with solar panels and batteries.”

More fundamentally, Cooper points to the role of communications and advanced control technologies in making it easier to integrate and coordinate smaller, renewable power sources and energy storage, undercutting the need for the baseload power nuclear plants would previously have supplied. And he warns that nuclear reactors “do not age gracefully” as they near the end of their operating life.

Older nuclear plants “need increasing maintenance, repair, and replacement of parts as they age,” he notes. “This is particularly challenging because of the complexity of the technology, and the availability of newer, lower-cost alternatives that are driving down prices in states with deregulated electricity markets.” Sometimes the repairs themselves can be botched, forcing older nuclear plants to permanently shut down.

“In six decades, the nuclear industry has never delivered on the promise of low-cost power, but the industry is large, concentrated, and politically well connected,” Cooper argues. “Federal taxpayers fund basic research and development of new nuclear power technologies, underwrite the cost of liability insurance, and socialize the cost of waste management and decommissioning. Local ratepayers subsidize above-market prices for nuclear-generated electricity. And the nuclear industry is clamouring for more subsidies, arguing that markets do not know how to value its product.”

U.S. wind, solar, and hydropower receive subsidies, too, he concedes. “The difference is, their aggregate subsidies are an order of magnitude smaller, and renewables (particularly onshore wind and utility-scale photovoltaics) have delivered on their promise to lower costs, with costs that are one-third of nuclear power on a levelized basis and still falling.”

Renewables “succeed where nuclear fails, not simply because of the complexity of nuclear technology, but also because of their inherent economic characteristics. Smaller in scale and more decentralized, they encourage entry by multiple suppliers, allow demonstration before massive deployment, and foster continuous competition to lower costs and improve quality.”