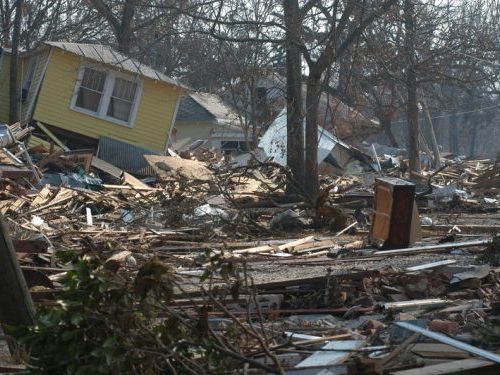 New Orleans’ experience in the 12 years since Hurricane Katrina points to mental illness and substance abuse as “the primary long-term effect of natural disasters”, and the outcomes communities in Texas, Florida, and the Caribbean can now expect, according to a feature report last week on Politico.

Of the more than 8,000 patients receiving care for mental illness or addictions in Jefferson Parish, in the New Orleans metropolitan area, at least 90% lived through Katrina and many are still dealing with “storm-related disorders”. For a great many residents, symptoms like short-term memory loss and cognitive impairment began right after the storm, and have continued ever since.

“These long-term mental health effects of extreme weather are a hidden public health epidemic, one that is expected to strain the U.S. health care system as the intensity and frequency of hurricanes, tornadoes, floods, wildfires, earthquakes, and other natural disasters increase in coming decades because of global warming and other planetary shifts.”

Politico notes that the rate of psychiatric help line calls in New Orleans increased 61% in the months after Katrina, the murder rate rose 37%, and death notices were up 25%, even after more than half of the population evacuated. A year later, the post-storm shock had given way to (even) more serious cases of depression and anxiety.

“People are just wearing down,” psychiatrist James Barbee said at the time. “There was an initial spirit about bouncing back and recovering, but it’s diminished over time, as weeks have become months.”

Even for people outside the storm zone, the constant news of death and destruction is taking a toll across the U.S. [and elsewhere, we might add]. “There is a vicarious reaction. When we see people flooded out of their homes, pets lost, belongings rotting in the streets, and people scared out of their wits, we experience an empathic identification with the victims,” psychiatrist and environmental activist Lise Van Susteren told Politico.

“People come in saying they can’t sleep, they’re drinking too much, they’re having trouble with their kids, their jobs or their marriages are falling apart. They may not know where the anxiety is coming from, but everyone is affected by the stress of climate change.”