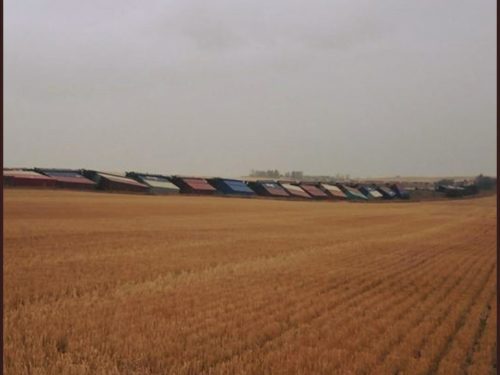 Severe storms, grass fires, and power outages shut down TransCanada’s Keystone pipeline and one other crude oil conduit, caused two train derailments, and killed at least one volunteer firefighter this week in Alberta and Saskatchewan, adding to the agony and destruction sweeping communities in different parts of North America and the Caribbean.

The 590,000 barrel-per-day Keystone line “was shut down for a few hours and is now back to operating as normal,” Reuters reported Wednesday, citing a company spokesperson. And “Inter Pipeline Ltd.’s 82,000 bpd Mid Saskatchewan crude oil pipeline, which delivers light and heavy crude into Kerrobert, Saskatchewan, lost power following the storm.”

While the wind storms “caused widespread power outages and fanned fast-moving prairie fires in some areas”, the news agency noted, there was no indication that crude oil would be disrupted. But it was a different story near Huxley, Alberta, about 75 kilometres from Red Deer, where 28 freight cars carrying 56 shipping containers were blown off the tracks.

“No one was injured and no hazardous materials were spilled, but several homes in the area were evacuated as a precaution,” CBC reported Tuesday evening. “Residents were allowed to return three hours after the derailment.”

“James was very community-minded and joined the fire services to help and protect residents far and near,” the county said in a release. “He was a great father and will be dearly missed by his wife, children, extended family, friends, neighbours, and fellow first responders.”

‘Regreening the Planet’ Could Cut 11.3 Billion Tonnes of Carbon by 2030