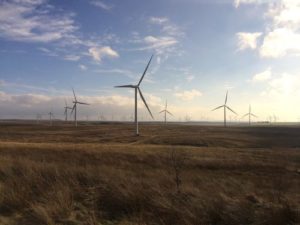 Lumos, which consults to Indigenous communities on renewable energy, surveyed its clients and others to compile the survey data. It found that “nearly one fifth of the country’s power is provided by facilities fully or partly owned and run by Indigenous communities,” a total that has increased dramatically in the last decade.

What really surprised report author and Lumos President Chris Henderson was the employment clean energy has generated: “15,300 direct jobs for Indigenous workers, who have earned C$842 million in employment income in the last eight years.”

“That is a huge number, because if you have a job you are contributing to the economy. It’s a real job, it’s honest work,” Henderson told CBC. “The number of jobs created are the story of how our country is changing, and how Indigenous people are part of a clean energy future.”

Lumos counted 152 medium to large renewable energy projects with Indigenous investment—each generating enough power for at least 400 to 500 homes. That’s up from barely 20 nine years ago.

“There are also another 1,200 smaller projects built with Indigenous participation that generate electricity for local communities,” CBC reports. “The vast majority are hydroelectric (63%), followed by wind (24%), with the remaining 13% a mix of solar and biomass.”

The 18.9-megawatt Gitchi Animki hydroelectric plant in White River, Ontario reflects what the national broadcaster describes as “the growing trend”. The $200-million plant belongs jointly to the Ojibwa community of Pic Mobert and Regional Power Inc.

“There was employment during construction,” former Pic Mobert chief Wayne Sabourin told CBC. “It exposed band members to construction who have never been on construction, who actually got to work on the site, and it will generate revenue for us to use in the community.”

Industry likes the term “clean” because it can include things like nuclear power. But the enviro community uses the term “renewable” because it’s truly clean and green.

The above story seems to be referring to renewable electricity. Let’s use our term, not industry’s term, in the future.