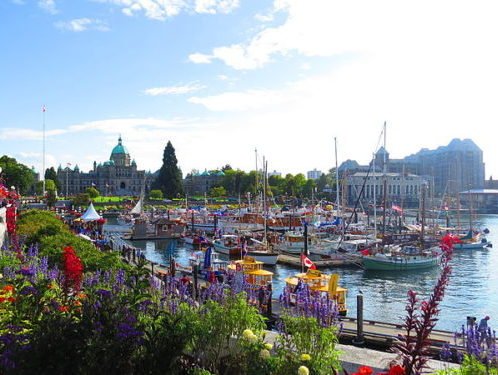 The City of Victoria is writing to 20 of the world’s biggest fossil producers, including ExxonMobil, Chevron, and Shell, asking them to cover the costs the community stands to incur to address the impacts of climate change.

“This letter is a powerful legal and symbolic message to the fossil fuel industry. It sets the stage for other municipalities to take this type of action, to demand a fair share of the costs they are already incurring due to climate change,” said Anjali Appadurai, Climate Law in our Hands Campaigner at West Coast Environmental Law (WCEL).

“Victoria has sent a clear sign that its residents do not want to bear the burden of climate change costs alone—not when the industry continues to operate without paying its fair share.”

Victoria is the third Vancouver Island municipality to send the colossal fossils a climate accountability letter. The city is encouraging local governments across Canada to do the same.

“Organizations such as West Coast Environmental Law have also asked municipalities to consider a lawsuit against oil companies for a portion of local climate costs, similar to those filed recently by California municipalities, including San Francisco and Oakland,” CBC reports.

UN Climate Fund Operating ‘Like a Car Without a Dashboard’