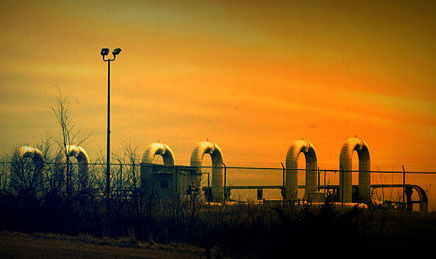 The storm of controversy around the cancellation of the Energy East pipeline misses a basic reality, The Energy Mix curator Mitchell Beer argues this week in a post on Policy Options: the fossil fuel era “is rapidly drawing to a close”, which means TransCanada Corporation “dodged a bullet” when it was forced to pull the plug on the project.

Despite the “predictable, overheated rhetoric from politicians past and present,” it was a mistake for TransCanada even to propose another big oil and gas megaproject, with the expectation that any fossil fuel pipeline will still be operating 30 to 60 years from now.

“No one is suggesting that oil and gas consumption will fall to zero tomorrow, next week, or next year. But a new, multi-billion-dollar pipeline isn’t about today’s markets,” he writes. “Such pipelines only have a purpose or a business case if their proponents can confidently anticipate steady demand through the middle of this century and beyond.”

And whichever way humanity’s epic battle against climate change plays out, it won’t include a future for fossil fuels and pipelines.

“If the fossil fuel lobby and a climate-denying White House prevail, the broader industry will have to cope with an unmitigated increase in severe weather that will make the Fort McMurray wildfires and hurricanes Harvey, Irma, and Maria look like opening acts,” Beer notes. “The fossil fuel shutdowns during Harvey and the plausible talk of abandoning Gulf Coast refineries and other infrastructure are preludes for an increasingly unstable operating environment for pipelines.”

But “the more hopeful and more likely scenario is that the momentum for deep, rapid decarbonization will continue to build, driven by the mounting urgency of the climate crisis and the relentless affordability and job-creating power of energy efficiency, renewable energy, electric vehicles and, increasingly, energy storage.”

Either way, “a fossil pipeline built today will be sold for scrap before the end of its operating life, quite likely before its backers have recovered their initial investment.” Canada’s oilpatch may be making best efforts to decarbonize tar sands/oil sands production. “But the fate of Energy East—tripped up by the 235 million tons of life cycle emissions it would have enabled each year—shows the hollowness of that effort, given a full accounting of the industry’s climate impact.”

Beer traces a host of other challenges facing pipeline and fossil fuel development, including crashing prices for oil and gas, the growing number of jurisdictions setting timelines to phase out internal combustion vehicles, First Nations’ ability to delay or defeat pipelines that cross their territories, and “growing skepticism on the part of investors about fossil megaprojects, and enthusiasm about clean energy, based on both market realities and the need to align their supply chains and portfolios with their corporate responsibility goals.”

And now that the National Energy Board has “earned its keep on the Energy East file,” by factoring carbon impacts into it assessment plan for Energy East, he says it’s time for political leaders at all levels to deliver “a wider dose of truth” about the country’s energy future.

“Canada will do much better with the coming energy transition when more of us understand that the fossil industry is entering a period of managed decline,” Beer writes. “That the transition to clean energy can create work for every unemployed Canadian twice over. That a deliberate drawdown of the country’s fossil economy could open a period of massive opportunity across the country, but not if we leave it to chance. And that Canada can’t be a global leader in climate solutions if it does not meet, and exceed, its inadequate Harper-era carbon reduction target.”

While the Energy East decision opens those doors, “we’ll miss the opportunity—and fail as a country in our climate obligations—if we don’t have some honest discussions about where the energy economy is going, and why.”