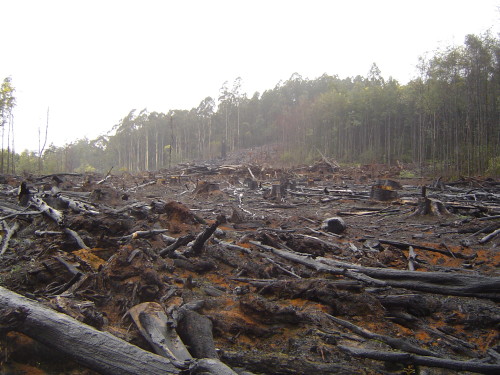 Nearly 100 environmental and anti-poverty groups, backed by a citizens’ petition signed by 172,000 people world-wide, are challenging the International Civil Aviation Organization’s plan to drastically scale up biofuel use as a climate solution for commercial aviation.

ICAO’s latest climate plan “calls for 128 million tons of biofuels to be used in jet engines every year by 2040, going up to 285 million tons—half of all aviation fuel—by 2050,” Agence France Presse reports. “By comparison, some 82 million tons of biofuels a year are currently used in transport of all kinds worldwide.” The plan was on the agenda for a conference on alternative aviation fuels, taking place this week in Mexico City.

“Extensive burning of biofuels would vastly expand the production of palm oil, which critics say drives deforestation, higher CO2 emissions, and conflicts with Indigenous peoples displaced from their land,” the news agency notes. “Rapid scaling up of palm plantations could also eventually lead to price hikes for staple foods due to competition for arable land, recent research has shown.”

Brussels-based Transport & Environment, which published the citizens’ petition, notes that aviation currently accounts for 5% of human-produced climate change, and ICAO expects aviation emissions to quintuple by 2050. The agency wants the industry to sustain continued growth after 2020 while committing to “carbon-neutral growth”, but “the main measure for such a plan is to make airlines use vast amounts of biofuels to ‘green’ jet fuel,” which T&E calls a “Trojan horse for palm oil”: while “ICAO lists used cooking oil, algae, and other feedstocks as potential raw materials for making jet biofuels,” palm oil is the only feedstock that can be easily sourced, in sufficient volume to meet the UN agency’s targets.

“Most biofuels are worse for the climate than jet fuel. Establishing a goal even before the rules are set out is putting the cart before the horse,” said T&E Climate and Analysis Manager Carlos Calvo Ambel. “We call on ICAO members to refrain from adopting biofuels targets, even aspirational ones, this week.”

“Citizens around the world are very concerned about burning palm oil in planes,” added Klaus Schenk of Rainforest Rescue. “The vast use of palm oil for aviation biofuels would destroy the world’s rainforests, the basis of life for local people and the habitats of endangered species such as orangutans. We urge ICAO to scrap its misguided biofuels plan.” (h/t to The Energy Mix subscriber Diane Beckett for pointing us to this story)