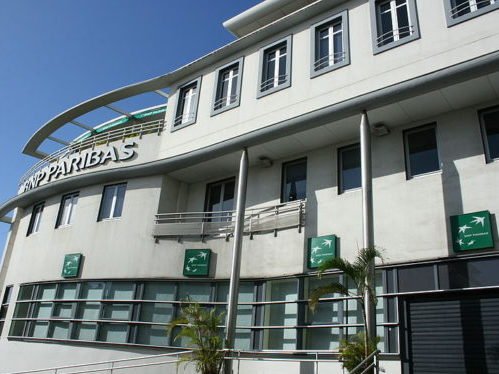 In what the Wall Street Journal calls “one of the clearest signs yet the banking industry is re-evaluating its relationship with the oil sector,” France’s largest publicly-traded bank, BNP Paribas, announced Wednesday that it will stop investing in companies whose main business involves exploration, production, distribution, or marketing for shale fields or tar sands/oil sands operations.

“We’re a long-standing partner to the energy sector, and we’re determined to support the transition to a more sustainable world,” CEO Jean-Laurent Bonnafé said in a release. “As an international bank, our role is to help drive the energy transition and contribute to the decarbonization of the economy. As we have announced, we’re committed to working with and supporting those energy sector partners who have decided to make environmental issues a central part of their business policy.”

The release said the bank will also cut off financing for “projects that are primarily involved in the transportation or export of oil and gas from shale or oil from tar sands,” refrain from investing in any Arctic oil and gas activity, but “continue to actively support clients in the energy sector who are committed to being part of the energy transition.”

The company described the latest announcement as a complement to previous decisions “to reduce its support for coal mines and coal-fired power generation, to increase its total financing for renewable energy to €15 billion by 2020, and to set aside €100 million for investment in start-ups working on innovative solutions for energy transition.”

In a LinkedIn post, Bonnafé cast the announcement as a response to Article 2 of the Paris agreement, which calls on the financial sector to make “finance flows consistent with a pathway towards low greenhouse gas emissions and climate-resilient development.” He added that “banks have always facilitated—and even given extra impetus to—the various revolutions that underpin modern life, from industrial mechanization to transport, energy, and household comforts.” Now, “there is a need to act with speed and determination, but without either destabilizing the more developed countries or delaying the prospects for a better life which are held out to hundreds of millions of people in the emerging countries.”

For BNP Paribas, that means acting “as an accelerator of the energy transition,” he added.

“In Europe, America, and Asia, many companies are now undertaking considerable efforts to re-orient their business models, and these efforts will play a key role in achieving the energy transition. We intend to work hand-in-hand with those companies as they strive to make this transformation, which is absolutely vital for the future of planet Earth.”

Anti-fossil campaigners welcomed the announcement, and didn’t hesitate to take a victory lap for their role in bringing it about.

“We traveled from Texas to France to tell the big banks directly that Texas LNG would destroy our sacred Indigenous sites, spew pollution into our communities, and scar our pristine gulf coast,” added Rebekah Hinojosa of Save RGV from LNG. “This is a huge victory for the Indigenous and people of colour communities in Texas that have been resisting the fossil fuel industry.”

“More and more banks and investment funds recognize that in order to preserve their reputations and long-term financial performance, tar sands pipelines and other extreme fossil fuel projects are not the way to go,” said Greenpeace Canada Oil Campaigner Alex Speers-Roesch. “Banks such as TD and Desjardins, that stake their reputations on being socially responsible, should expect growing resistance if they continue to fund pipelines such as Kinder Morgan.”