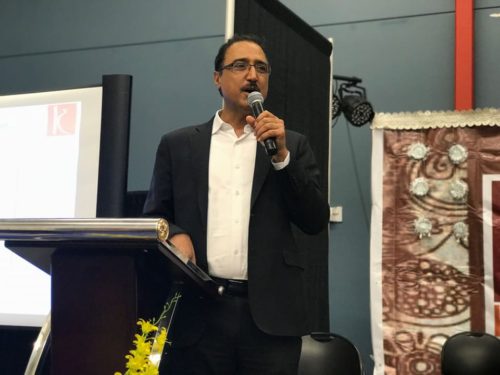 It will be primarily up to Canadian cities to control bid-rigging practices that could add up to 40% or more to the cost of projects funded under the federal government’s multi-year, C$180-billion infrastructure program, Infrastructure Minister Amarjeet Sohi said earlier this week.

Sohi told an international meeting of competition authorities that Canadian cities own 56% of the core infrastructure in their jurisdictions, so it’ll be up to them to catch bidders who collude to fix prices, rather than competing fairly in public tenders.

At least one conference participant said national enforcement bodies can be provide critical support to government agencies involved in the tendering process.

“When you embark on these large infrastructure programs, and Canada is not the first country to be doing that, it’s important to have in mind all the risks that those programs can be exposed to,” Antonio Capobianco, senior competition expert at the Organisation for Economic Co-operation and Development (OECD), told iPolitics. “The advice would be for the competition authorities, the bureau, to liaise with the contracting authority in the early stage to plan the procurement process in a way that it facilities competition.”

While references to “cartels” usually refer to organized crime (or oil-producing countries—Ed.), iPolitics notes, Capobianco said about half of cartel activity focuses on government procurement.

“It is certainly the area where there is the highest interest,” he told energy reporter James Munson. “This conduct raises prices by about 20, 30, 40% or more for consumers, and in the case of public procurement the consumers are the government—it’s all of us, taxpayers—so our money gets wasted.”

With 12 to 30% of GDP across the 35 OECD countries taken up by public procurement, Capobianco said about $6.3 trillion per year could be vulnerable to bid-rigging.

Storage Costs Could Fall 66%, Global Capacity Could Triple by 2030