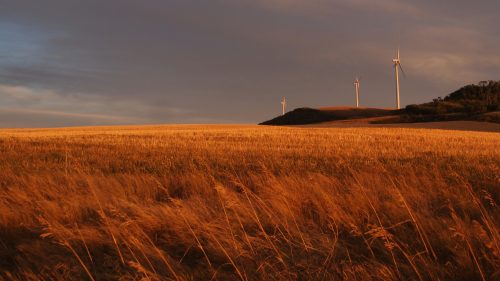 Alberta could generate C$8.3 billion in economic activity and 15,000 job-years of employment by adding 5,000 megawatts of renewable energy supply to its electricity grid by 2030, the Canadian Wind Energy Association reports.

Alberta companies have developed a third of Canada’s 11.2 gigawatts of installed wind capacity. And “as the most cost-competitive source of renewable energy in Alberta today, wind is well positioned to deliver the energy required to meet the Alberta government’s commitment,” North America Energy News notes, citing a study completed for the industry association by Ottawa-based Delphi Group.

The report “estimates that the wind industry will contribute $25.5 million in municipal property taxes, and $13.5 million in land lease payments to Alberta landowners over the same period,” NAEN states.

Those numbers won’t rehire all 60,000 people who have lost their jobs in the Alberta oil patch since 2014. But many of those jobs aren’t coming back, even with a pickup in the industry’s fortunes, as former major employers strive to eliminate as many employees as possible from their production processes.

The wind lobby’s estimate is also far fewer than the Alberta government’s own hopes that its green supply target could generate as many as 7,200 new jobs from the combination of wind, solar, and hydro. It’s an even tinier fraction of the 145,000 jobs that Greenpeace estimated last year might be created by a wholesale provincial commitment to renewable energy, sustainable transportation, and energy efficiency.

Nonetheless, Mike McKinnon, spokesperson for Alberta Energy Minister Margaret McCuaig-Boyd, told the National Observer in an e-mail that “the strong response shows investors think we’re on the right track with this program, providing new economic opportunities and bringing the most renewable generation online at the lowest cost.”

CanWEA called on Alberta to cement the initiative’s investment- and job-creating potential by providing some certainty to industry order books, with “a long-term renewable energy procurement roadmap through 2030 that aligns with the province’s renewable energy target. For example, announcing a series of large procurement plans (eg. 1,500 MW every three years) that are rolled out in smaller, manageable phases.”

Earlier this year, applicants submitted 29 proposals in response to the province’s first call for 400 MW of renewable supply, according to the Observer. Winning bids will be announced in early 2018, and are expected to begin delivering power by 2019, McKinnon said.

News article is very out of date and incorrect. The conservative government is has enacted punitive regulation policies and taxes to make wind farms and solar batteries artificially expensive and unprofitable to help fund the massive tax breaks for big oil corperations. Sorry, but we are on track to lose all these wonderful green energy initiatives so we can maintain our addiction to big oil as a sole industry.

Yes, it’s out of date, because we published it in October 2017! We maintain a permanent archive dating back to May 2014, precisely so that people can track this kind of issue over time. If you want to see what we’ve been writing about Alberta more recently, your best bet is to go to the advanced search — it’s a drop-down from the main search at the upper right of our site — go to Jurisdictions, click Sub-National, and scroll through. For more specific searches, go for Alberta/wind, Alberta/solar, Alberta/tar sands-oil sands…you get the idea. Sorry for any confusion.