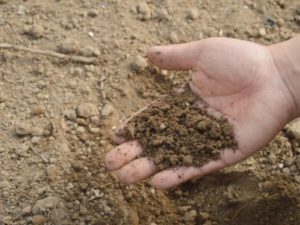 One of the longest-term experimental studies to date of warming soils suggests they lose far more carbon than previously estimated, heightening fears that the same dynamic in the real world could lead to a “potentially disastrous feedback mechanism” in which rising global temperatures “trigger massive new carbon releases, in a cycle that may be impossible to break,” The Guardian reports.

Citing a peer-reviewed study published in the journal Science, the paper describes a 26-year experiment in which researchers monitored plots of soil in a mixed hardwood forest in Massachusetts, heating some to 5ºC above current ambient levels and leaving others unheated as controls.

Carbon offgassing in various forms fluctuated over the more than quarter-century of observations. But by the end of experiment, “the plots subjected to 5ºC warming lost about 17% of the carbon that had been stored in the top 60 centimetres of the soil, where the greatest concentration of organic matter is to be found,” The Guardian notes.

The news report compares the potential for runaway carbon releases and resulting uncontrolled climate warming to other tipping points, such as “the disappearance of ice in the Arctic, which creates areas of dark water that absorb more heat, and the release of methane, a powerful greenhouse gas, from thawing permafrost.”

The Guardian previously reported a study from the University of California, Irvine, which undercut the belief—embedded in climate models—that soil will continue to soak up carbon from the air over the 21st century. That study examined soil data from 157 sites around the world, concluding that those expectations have been “overestimated by as much as 40%.”

A synthesis of 49 other empirical studies published last year in the journal Nature also found empirical support for the “long-held concern that rising temperatures stimulate the loss of soil C [carbon] to the atmosphere, driving a positive land C–climate feedback that could accelerate planetary warming over the twenty-first century,” the same paper reported.

“There is feedback, and it’s going to be massive,” lead researcher Thomas Crowther, of the Netherlands Institute of Ecology, said at the time.

The drumbeat of alarms has spurred interest in techniques to sequester additional carbon in agricultural soils—which carries additional benefits in increased fertility.

“The top metre of soils around the world contains about three times as much carbon as in our entire atmosphere,” soil scientists Keith Shepherd and Rolf Sommer wrote on Carbon Brief in August. “Managing soils carefully and restoring their fertility means they can take up more carbon, helping to mitigate our CO2 emissions and thereby limiting climate change.”