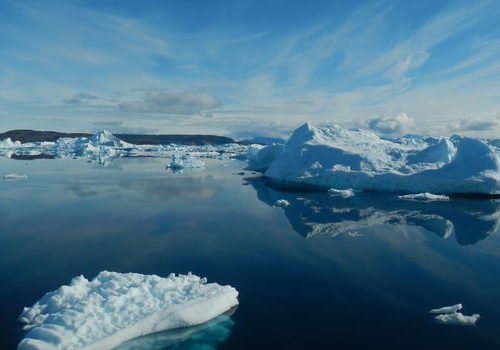 Greenland’s ice mass would be capable of raising sea levels 24.3 feet (7.4 metres), and 55% of that ice could be influenced by warming seas, according to one of two new research projects that looked at the island’s vulnerability to climate change.

The study, published last month in the journal Geophysical Research Letters by NASA’s Oceans Melting Greenland (OMG) mission, catalogued 243 different glaciers and “underscores that the island has several vulnerable points where a submerged passageway penetrates into the centre of the ice sheet, where the bedrock also lies below sea level,” the Washington Post reports.

“The typical result is that we find these fjords to be much deeper than represented in previous maps,” said study co-author Eric Rignot, a Greenland mapping specialist affiliated with NASA and the University of California-Irvine. “They’re deeper because they’ve been carved by glacial cycles, multiple times.”

When those findings are fed into climate models, he added, they’ll probably lead to higher estimates of Greenland’s potential contribution to sea level rise, through 2100 and beyond. “I think when they’re going to use these new bed models, the projections are going to change,” he said.

This week, a separate mapping study in the journal Nature tracked changes in the Arctic island’s above-ground topography.

“The study used aerial photos of Greenland taken in the 1940s by U.S. pilots and digitized their coordinates—so researchers were able to compare the extent of 121 Greenland deltas during two periods: from the 1940s to 1980, and the 1980s to the present,” the Post notes. It found that, “with all the ice melt rushing from glaciers to the sea, river deltas are expanding outward—a rare occurrence these days when deltas around the world are generally retreating, threatened by rising seas.”

“Over the period of the 1980s to 2010s, rapid increase of meltwater and sediment fluxes caused dramatic advance of these deltas into the ocean,” said study co-author Irina Overeem of the Institute of Arctic and Alpine Research at the University of Colorado at Boulder.

“It’s like a fire hose with slurry, and it’s been turned on way faster now, because there’s so much more meltwater.”

The research team, led by Mette Bendixen of the University of Copenhagen, “had expected that delta growth would be muted or counteracted by another factor—the decline of floating sea ice, which allows for more ocean wave action that can erode coasts,” the Post explains. “But in the relatively narrow and calm fjords of Greenland, that didn’t seem to matter as much, and in these protected spaces, deltas expanded rapidly.”