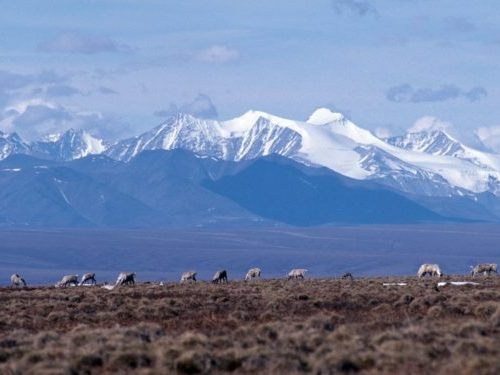 The Republican majority in the United States Congress is preparing to abandon protection of the nation’s largest wildlife refuge in order to book an estimated US$1 to $5 billion in oil drilling permit fees, Inside Climate News reports.

The Trump administration was known to be drafting a measure to achieve the long-standing party goal of breaching the refuge—created, ironically, by an earlier Republican president—on behalf of hydrocarbon companies. But “with the effort now tied to tax overhaul,” ICN adopted the language of Sierra Club Legislative Director Melinda Pierce, calling the mounting threat a “DEFCON Five” alert for environmentalists.

The Arctic refuge “is considered one of the last truly wild places in the United States,” InsideClimate notes. “Its 19.6 million acres were first protected by President Dwight Eisenhower in 1960, and a subsequent wilderness designation protects all but 1.5 million acres.”

America’s modern Republicans, heavily prompted by political contributions from the fossil fuel industry, have for years fought to allow seismic crews and roughnecks into those last 1.5 million acres.

Now, however, the GOP “may have found the clearest path yet to opening up the Wildlife Refuge to drilling,” ICN says, “by shielding their efforts from the Democrats.”

A draft Senate budget resolution tabled last week may finally achieve the industry’s desire by tying it to tax reform—increasingly viewed as a must-deliver for a GOP Congressional majority that has so far failed to act on other long-promised legislative measures.

“The resolution included instructions to the Senate Energy and Natural Resources Committee to submit legislation that would identify at least $1 billion in deficit savings,” ICN reports. “Those instructions are considered a thinly-veiled suggestion that the committee find a way to open up part of the pristine Alaska wilderness area to oil and gas drilling.”

The House version of the budget, expected to pass this week, assumes even more revenue from the sale of ANWR leases than does the Senate’s: $5 billion over the next 10 years.

The manoeuvre would also allow a decision to open the refuge to be taken by a simple majority vote in each Congressional chamber, under the American parliamentary procedure known as reconciliation. In it, House and Senate versions of a bill are “reconciled” in closed meetings of Congressional leaders, with both houses left to approve the resulting text in a straight, up-or-down, simple majority vote. Republicans hold enough seats in each chamber to prevail, even if every Democrat votes against an item of legislation.