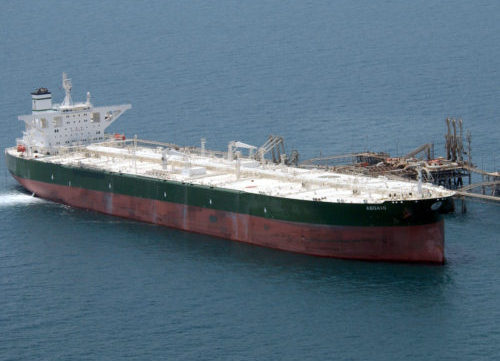 The Trudeau cabinet ordered the National Energy Board to issue a Certificate of Public Convenience and Necessity—in short, a permit—to U.S.-based Kinder Morgan’s Trans Mountain pipeline expansion without adequately considering the risk to British Columbia, a lawyer for the province will argue during hearings in the Federal Court of Appeal this week and next.

The province was granted leave to address the court in August, after its new NDP government reversed its Liberal predecessor’s approval of the $8-billion proposal. The hearings consolidate submissions from “seven First Nations, the cities of Burnaby and Vancouver, the Raincoast Conservation Foundation, and the Living Oceans Society,” the Canadian Press reports.

In an interview with the National Observer’s Mike De Souza over the weekend, the lawyer representing British Columbia explained the basis of the province’s case.

“The pipeline, of course, is not a pipeline to nowhere,” Monique Pongracic-Speier observed. “The objective is to get oil to tankers, to export the oil to overseas markets.”

Which means “the ships, when they leave the Westridge Marine Terminal, will thread through Burrard Inlet, go out into the Salish Sea, round the southern tip of Vancouver Island, travel through the Juan de Fuca Strait, and then into the Pacific, until they hit the 12-mile (19-kilometre) limit off the west coast of Vancouver Island,” Pongracic-Speier said. “And all along that route, it’s British Columbia that would bear the risk of a marine spill.”

In its order-in-council last year mandating the NEB to issue the permit, she asserts, Trudeau’s government offered no evidence that it had fully considered the extent of that risk.

“Under the National Energy Board Act, when the Governor in Council makes a decision of this kind, it has to give the reasons for its order,” she told De Souza. “But what the order-in-council does not indicate the Governor in Council considered is the risks of marine spills from project-related shipping. And these are risks that will be borne by British Columbians, pretty much alone.”

That omission constitutes “a legal error, and it causes the Governor in Council (Cabinet) decision to be unreasonable,” she said.

As well, First Nations party to the hearing “allege the project infringes on their land claim rights and title, and the government failed to meet its fiduciary duty to thoroughly consult affected communities,” the CP reports.

The multiple arguments raise the bar considerably for counsel representing the federal and Alberta governments, who must defend the November, 2016 decision.

“For the federal Cabinet decision to stand, they will essentially have to win on every single one of those issues,” attorney Eugene Kung of West Coast Environment Law told CP.

Last week, Kinder Morgan suggested completion of its project may be delayed after the NEB ordered it to stop installing mats in streams where fish spawn without its prior approval. Other analyses have suggested the British Columbia government’s decision to join this week’s legal fight could be the straw that breaks the camel’s back for the deeply troubled project.