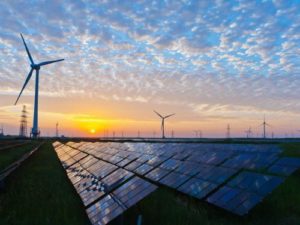 The U.S. Center for Renewables Integration is teaming up with former Federal Energy Regulatory Commission chair Jon Wellinghoff to get distributed energy resources (DER) recognized—and compensated—as a grid service on a par with transmission lines.

“The concept, called ‘virtual transmission lines,’ centres on using DERs like rooftop solar or battery storage, stepping in when power is needed—and getting paid for it,” Greentech Media reports. “Though distributed energy can’t shuttle electrons through a system in the same way traditional transmission lines can, it can help shore up the grid in certain areas so that electricity doesn’t need to be dispatched from elsewhere.”

“In the case of a grid failure, they’re there,” said Center co-founder Kerinia Cusick. “Because you’ve been recognizing the value they bring to the grid while the grid is up, they provide an added bonus of providing value while the grid is down.”

FERC issued two orders in 2007 and 2011 in a bid to make transmission planning more transparent and competitive, Greentech notes. But while one goal was to open up the transmission system to new entrants, Cusick said DER providers haven’t broken in yet.

“Regional grid operators are largely required to evaluate all different technologies on a comparable basis,” she told Greentech. “To date, in practicality, that hasn’t really occurred.”

But with behind-the-meter technology improving and costs falling, “the partnership hopes to bring clarity to the process, and boost the profile of DERs competing against traditional transmission investments,” writes reporter Emma Foehringer Merchant. “They plan to publish a paper in November that offers more information to organizations on how they can incorporate DERs in the process.”

“It’s a benefit to general consumers because it’s a competitive way to get transmission services at a lower cost,” Wellinghoff said. “It’s another way for aggregated behind-the-meter battery storage, rooftop solar, demand response, and other assets, to, in essence, have a financeable mechanism by which they can be developed.”