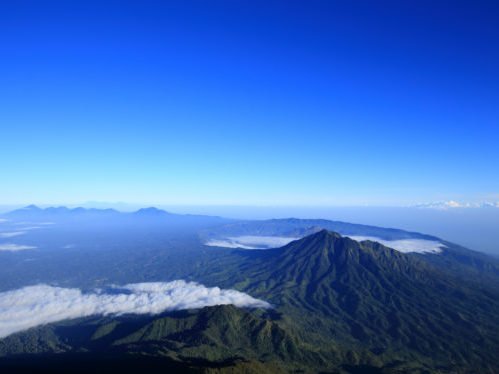 With the Mount Agung volcano on Bali expected to erupt any day, geologists are predicting a brief reduction in atmospheric temperatures as a result.

The mountain last erupted in 1963, after lying dormant for decades. That event brought global temperatures down by 0.1 to 0.4°C.

That time, Mount Agung “spewed vast amounts of ash and sulphur dioxide into the atmosphere,” ABC News reports, citing Richard Arculus, emeritus professor of geology at Australian National University. The sulphur dioxide formed an estimated 10 million tonnes of sulphuric acid droplets that developed into a haze in the Earth’s stratosphere, which “then acted as a barrier and reduced the amount of ultraviolet (UV) rays that made it from the Sun to the Earth’s surface, resulting in a cooling effect.”

That effect can be expected to last a few years, Arculus said, until the droplets fall back to Earth. “They’re small enough that they can stay up there for a while,” he told ABC, “but eventually they get rained out.”

In 1815, the TV network notes, the much larger eruption of Mount Tambora had a more pronounced effect. “After its eruption, it was known in Northern Europe and northeast America as ‘The Year Without Summer,'” Arculus said. “It caused a big enough temperature drop that there was frost in the New England region of the United States in August, and that’s unheard of. And widespread crop failures. Global temperatures were affected enough for the people who were trying to grow things and feed animals to notice the effect.”

But “there’s no notion yet that Agung will have an eruption as large as Tambora.”

Indian Solar, Wind Developers May Be Relying Too Heavily on Falling Prices