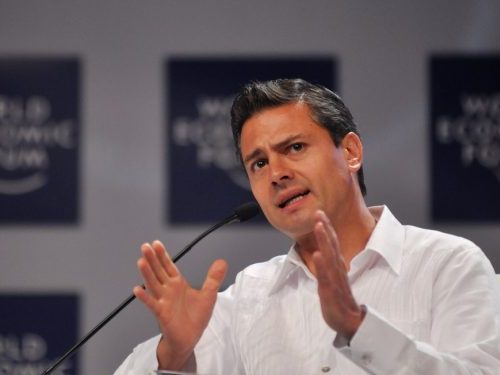 The oft-misrepresented Article 605 of the agreement prevents one NAFTA government from reducing another NAFTA nation’s access to its fossil or electrical energy resources without constraining domestic consumers’ access to those products to the same degree. The measure, to protect an energy-consuming NAFTA nation’s security of access to another partner’s energy supplies, was designed to serve the agreement’s overall goal of encouraging a common energy market.

When NAFTA was signed in 1992 and came into force two years later, Mexico’s petroleum industry was fully in the hands of state-owned monopoly Petróleos Mexicanos, better known as Pemex. As a result, Mexico declined to endorse Article 605, which until now has applied only to Canada and the United States.

The clause has been a favourite target of economic nationalists in Canada. The Ottawa-based Council of Canadians has denounced it for ceding sovereignty over the oil industry, claiming inaccurately in the CP report that it “allows the U.S. to dictate that Canada must continue to produce and export as much oil as the U.S. wants.”

In fact, the clause has never been activated, as Canadian energy producers, including both investor-owned fossil corporations and provincial Crown utilities, have if anything sought to maximize and protect their sales to the United States, not reduce them. The article is silent on exports that fall as a result of market transactions.

And now, Mexico’s views on the clause have also changed. Mexico’s ambassador to Canada, Dionisio Pérez-Jácome, indicated in remarks in Calgary last week that his country would now like to sign on to Article 605.

The difference lies in reforms that Mexico’s President Enrique Peña Nieto ushered in early in his six-year term that relaxed Pemex’s monopoly grip and opened the country’s oil industry to international investment. “Now it is open for private, foreign direct investment,” Perez said, “we are ready to talk about [proportionality], to include it so that the agreement reflects that reality.”

One motive for the shift, said Duncan Wood, who leads the Mexico Institute at the Wilson Center in Washington, DC, is to “armour-plate the reforms through an international agreement against the possibility of a left-wing victory [in elections] next year.” The candidate currently leading in polls to succeed Peña, who cannot seek a second term, is populist Andrés Manuel López Obrador, who has pledged to reverse many of Peña’s changes.

But Mexico may have another reason to seek the protection of the proportionality clause, not mentioned in CP’s report. In part because of investment constraints at Pemex, Mexico lacks the refining capacity to supply all the gasoline its expanding economy demands. It relies on gasoline imported mainly from the United States for three-quarters of its supply.

At the moment, a hostile American president could cut off that supply with the stroke of a pen. Mexican participation in Article 605 of a renewed NAFTA would reduce that risk.

The Washington Post, meanwhile, reports that another clause in NAFTA that Canadian critics love to hate—its investor-state dispute settlement (ISDS) mechanism—will also be on the table this week.

The U.S. administration has signalled it wants to ditch the ISDS, which allows foreign investors from partner countries to challenge NAFTA governments that renege on the trade pact’s commitments to fair dealing, and to do so before disinterested international tribunals instead of potentially biased national courts. Mexico and Canada, whose investors stand to be exposed to politicized American justice if it is dropped, are seeking to preserve it.

As the Post reports, those governments received support this week from the American Petroleum Institute, the lobby group representing U.S. oil and gas interests. Some of its members plainly have long memories of Mexico’s last policy about-turn over petroleum.

That time, it nationalized the entire industry in 1938.

Canada is the most sued country in the world and has lost billions of $$ through ISDS. Who are those “disinterested international tribunals”?
All these challenges were held behind closed doors. How do you know if they were conducted by “disinterested” international parties? They already are “exposed to politicized American INjustice”!!
The fact that clause 605 has never been activated is little comfort in the face of Trump administration.
Sorry but I find your reporting quite shallow & useless. We are all facing the disastrous effects of climate change and to go on as if it’s business as usual is insanity.